In September of this year, AlixPartners updated forecasts about the impact of semiconductor shortages on the auto industry in 2021. The industry is now expected to lose $210 billion in revenue this year globally as it has been forced to cut production dramatically. The main reason: the lack of chips that power today’s most diverse systems in the car.

The figure results from a second downward revision of the chancellor’s forecast, in 2021, and shows how, in January, it was still difficult to predict the true effects of a crisis that could, after all, last into 2023. In January, the same AlixPartners expected to achieve. The auto sector is $60.6 billion less this year. Forecasts, updated in September, now indicate losses three times higher, which reflects that this year they will not produce 7.7 million units, given the initial forecasts of manufacturers, and as a result of the many stoppages that factories are making around the world – also in Portugal – they have been forced to to do that.

In Europe, last year’s figures – related to sales – show that sales of light vehicles fell by 23.7%. Covid-19 and widespread confinement were primarily responsible for the sale of three million fewer cars in the region. In 2021 and through September, the projected recovery has led to a decrease already close to 25%, compared to the same period in 2019, before the outbreak of the epidemic. The data collected by ACEA – European Automobile Manufacturers for the month of September was the worst since 1995.

Car sales in Portugal should remain at last year’s level

In Portugal, 145,000 light vehicles were sold over the past year, a figure representing a 35% decrease. This year, the Portuguese Automobile Association (ACAP) expects the number to remain below the figure for 2020.

In terms of production, data collected by ACAP up to October show that the number of units produced in Portugal has increased in almost all sectors. Growth was 8.1%, but it’s a far cry from offsetting the 25.8% wave it represented in the same 10 months of 2020.

The auto industry isn’t the only one affected by the so-called chip crisis. Semiconductors are now found in almost everything we use and around us, from cell phones to home appliances, through medical devices, and infrastructure that supports electrical grids, to military or security systems. In a world increasingly dominated by electronic software and systems, it is impossible to live without chips.

In Portugal, the impact of this shortage has been reflected in the limited availability of some products, such as consoles, but as in the rest of the world, the automotive sector is the main concern.

Over the course of the year, stops have been announced in some factories and it is known that there are dozens or hundreds of other companies around each of these units, which when production slows in factories, cannot sell what they produce. Note, for example, the state of the national industry of components for the automotive sector.

98% of car models produced in Europe use components made in Portugal, and more than four-fifths of the sales of the 375 plants in Portugal come from exports.

With automobile production halted across the region, the impacts are unavoidable, regardless of whether companies are engaged in activities in electronics or electricity (32%), textiles and other coatings, metals, plastics and rubber production or systems assembly.

Unexciting predictions of what should be a year of recovery

“In fact, some automobile construction plants in Europe have already had to temporarily halt production due to a lack of chips. Therefore, this situation is also affecting the Portuguese industry of auto components, due to the halt in production by their customers”, admits Adão Ferreira, AFIA General Secretary – Automobile Manufacturers Association.

In addition to the news that emerged throughout the year about the discontinuation of production of some industrial units, it is difficult to assess the real impact of the chip crisis on the activity of the largest Portuguese factories in the sector, such as that of Volkswagen. In Palmilla, or the Mangualde de Stellantis unit, where light commercials are produced under the Citroën, Peugeot and Opel brands. Neither company was available to answer questions.

Bosch, which owns plants in Portugal in Aveiro, Braga and Ovar, agreed to comment on the matter and admits that it is the unit dedicated to multimedia systems for the automotive industry in Braga, which has suffered most from a shortage of semiconductors.

“Our plant in Uvar, also dedicated to electronics, is much less affected, and it is likely that what we expected in the business plan will be exceeded, which will not happen in Braga,” admits Carlos Ribas, Bosch representative in Portugal.

The official understands that the repercussions of the chips shortage is “a disaster with a very negative impact, especially in the Braga plant, where our business plan was good, our customers’ orders were much better and we cannot be able to do nothing and nothing else”.

Carlos Ribas estimates that “about 20% of the market lacks semiconductors and this affects us and our customers every day.” […] Every day we stop streaks.” For 2022, there is “very little optimism,” he says, and a year of difficulties is still expected, especially in the first semester. Positive signs are expected, especially from the second half of 2022.

“There is nothing that can be done today to produce tomorrow,” Carlos Ribas asserts. Bosch itself has announced significant investments in enhancing its semiconductor production capacity. The plant in Dresden, Germany, which will become one of the most modern in the world, “will take four years to operate at its face capacity,” is an example of a responsible person.

53,000 people are employed in the car factories that were set up in Portugal

Until better days come, sector associations are counting the losses that have already accumulated and those that may yet come. In Portugal, the auto components industry directly employs 62,000 people, spread over 350 companies, according to AFIA data. In 2020, following a slowdown in activity in Europe, activity decreased by 12.5% ​​compared to 2019, to a total turnover of €10.4 billion. This year, the turnover of these companies is supposed to be slightly higher than last year, at just over 1% according to AFIA calculations.

ACAP adds to this other data, based on figures from the National Statistics Institute, to confirm that the auto industry directly employs 52.9 thousand people in Portugal and last year generated 9.4 billion euros. At the other end of this chain is the automobile trade, which last year generated a turnover of 18.6 billion euros and was responsible for 104.3 thousand jobs. Since the INE figures do not reflect the world of component manufacturing, to account for the shockwave-affected value creation and employment of semiconductor scarcity, it is necessary to add up all of these parts.

Industry representatives admit that the impact of chip shortages has outstripped expectations, negatively, at a time when signs of recovery from the pandemic are pointing in a different direction.

Adao Ferreira confirms: “Semiconductor shortages have affected the auto industry at a time when the sector has begun to see a slight, moderate recovery in production levels after the slowdown in Covid-19 cases.”

The same perception has ACAP. The economy has recovered, and private consumption has recovered well. The unemployment rate fell to 6.8%, well below expectations. Aside from episodic cases, such as the tourism sector, the economy has been recovering and the auto sector is not keeping up,” acknowledges Antonio Cavaco, who is in charge of the association’s economic and statistical guidance, acknowledging that some people wait months to get a car.

Before that, companies in this sector, also due to the pandemic, were forced to reduce purchase levels and adjust the market, directing available production to other sectors. When demand for cars picked up again, the same problem revealed, but with nuances, explains Antonio Cavaco.

“This problem does not affect all manufacturers equally, it has a lot to do with the contracts they have or have with their suppliers,” says Antonio Cavaco.

The ACAP official explains that when the crisis began, “some manufacturers drastically reduced their purchases and suppliers replaced them with purchases from other sectors.”

Antonio Cavaco also points out the difficulties faced by the semiconductor manufacturers themselves, in maintaining stable production levels, due to labor issues related to the impact of Covid-19, or excessive concentration of production. There are certain types of semiconductors produced by only three brands worldwide: TSMC, Samsung and Intel. There is a very high concentration.” It adds the increase in transportation rates, especially ocean freight from Asia, and in material delivery times, to mark the many fronts of the perfect storm that the auto industry has to weather.

There are companies that “reduce their production capacity, get rid of human resources and seek financing to meet their obligations,” says Jose Couto, of AFIA

Returning to the Portuguese reality, the views are the same as for the rest of the world. The perspective is for a gradual rebalancing of supply and demand, but dates for recovery are still difficult to risk and for the expected adjustment between supply and demand, both unions agree.

At the 10th meeting of the auto industry, recently promoted by the AFIA, the president of the union, José Cotto, warned that there are already companies in the sector that are “shrinking production capacity, ditching human resources and seeking financing to meet their obligations”.

Responsible for 12.4% of the total value added of the entire manufacturing industry in Portugal, the national auto sector components industry, which has grown since 2015 by more than 8% annually, qualifies to be one of the sectors hardest hit by the shortage of semiconductors, even if many The companies represented there don’t even use it. Jose Coto Lusa told in October that 4,000 jobs could be lost this year. Now the union prefers not to give forecasts and wait for real data, which highlights the resilience shown by the sector.

Meanwhile, the European Commission is preparing more flexible measures, financing and policies to re-establish greater control over this market and there are billions of euros to be invested in enhancing semiconductor production capacity by private companies. It’s sure why the much needed adjustment was made in the end. All that remains is to know when.

This article is part of a special Chip crisis: where does it affect us, how is it solved and what role does Europe play? 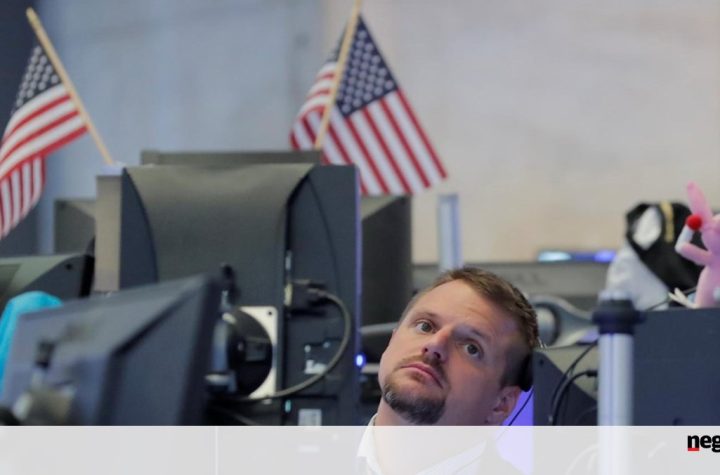 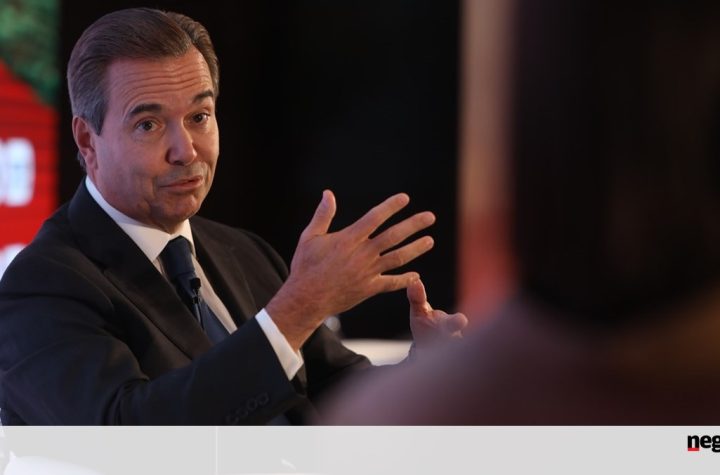