It is one of the most important information released at this year’s WWDC 2021. Android and Windows users will finally be able to participate in FaceTime calls. During its presentation at WWDC, Apple announced that FaceTime will be available on the web for users to call from Android devices and Windows PCs.

FaceTime will also allow you to get a link to a scheduled call so you can share it with people in advance so that they can access it at the time the call starts. A release date hasn’t been announced, but it looks like the features will be released with iOS 15 in the fall.

Apple Facetime will not launch as an app on the Play Store or Windows Store, instead it will be possible to access calls through a web app, which is expected to be a similar experience to what we currently have with WhatsApp.

Apple has announced a number of other FaceTime updates on iOS 15 as well. There is a new grid view option, a sound isolation feature to improve sound quality, support for spatial audio and an option to blur the background using Portrait Mode.

There is also an important new feature called SharePlay. SharePlay allows a group of people to watch or listen to the same thing at the same time. This feature allows you to download music and videos or share your screen. Some big names are joining Apple on this resource, including Disney Plus, Hulu, HBO Max, and Twitch. Apple Music and Apple TV Plus are also supported, of course. 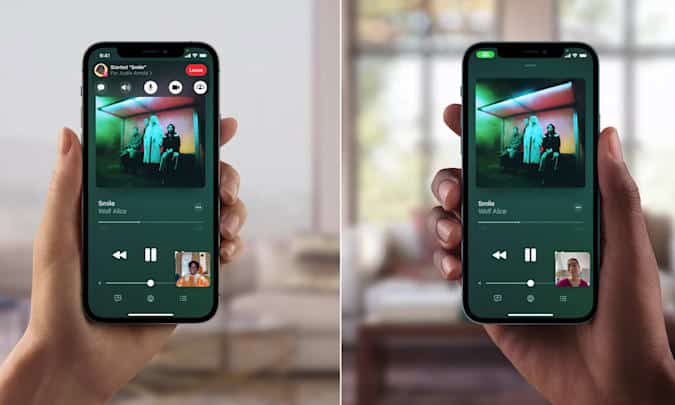 Virtual parties have become popular during the pandemic, and SharePlay is already delivering just that. The feature shows that Apple hopes to make FaceTime a hangout space and not just a way to make convenient video calls to your relatives.

Do you want to know other news? See below for our suggestions

Do you want to know other news? See below for our suggestions

Microsoft Flight Simulator and Forza Horizon 5 are brutal! a look