There is a new deity in the Gran Parque Central in Montevideo. Sixteen years later, Luis Suarez returned to Nacional, the club where he founded and served his first seasons as a professional, and could not have wished for a better reception.

This Sunday, the day of his presentation, a crowd greeted the stage where it all began with the star who gave his career to serve the major European clubs – after Groningen, such as Ajax, Liverpool, Barcelona and Atletico Madrid. .

The striker, accompanied by his family, addressed the fans in an emotional way. “First of all, thank you! I’m here for you and because I want to be here,” he began.

“Say what you say, I am here for the love you have given me, because I know there is no place I could be happier,” he said, declaring himself to the club and the stands.

Supported by 15,000 spectators who were keen to be present at his presentation, sporting masks with the face of the Uruguayan international, Luis Suarez was also surprised by Nacional by posting a message from Messi, a former Barcelona teammate and one of his best friends.

“I wanted to wish you all the best in the new phase of your career. I know how important this club is to you, and how important it is to come home after so long. I hope to see you soon and prepare for the World Cup!” Suarez traveled from Barcelona to his country.

Before the presentation ceremony, on the journey from the airport to the stadium, Suarez was followed by a support convoy, which escorted the player along 20 kilometers. 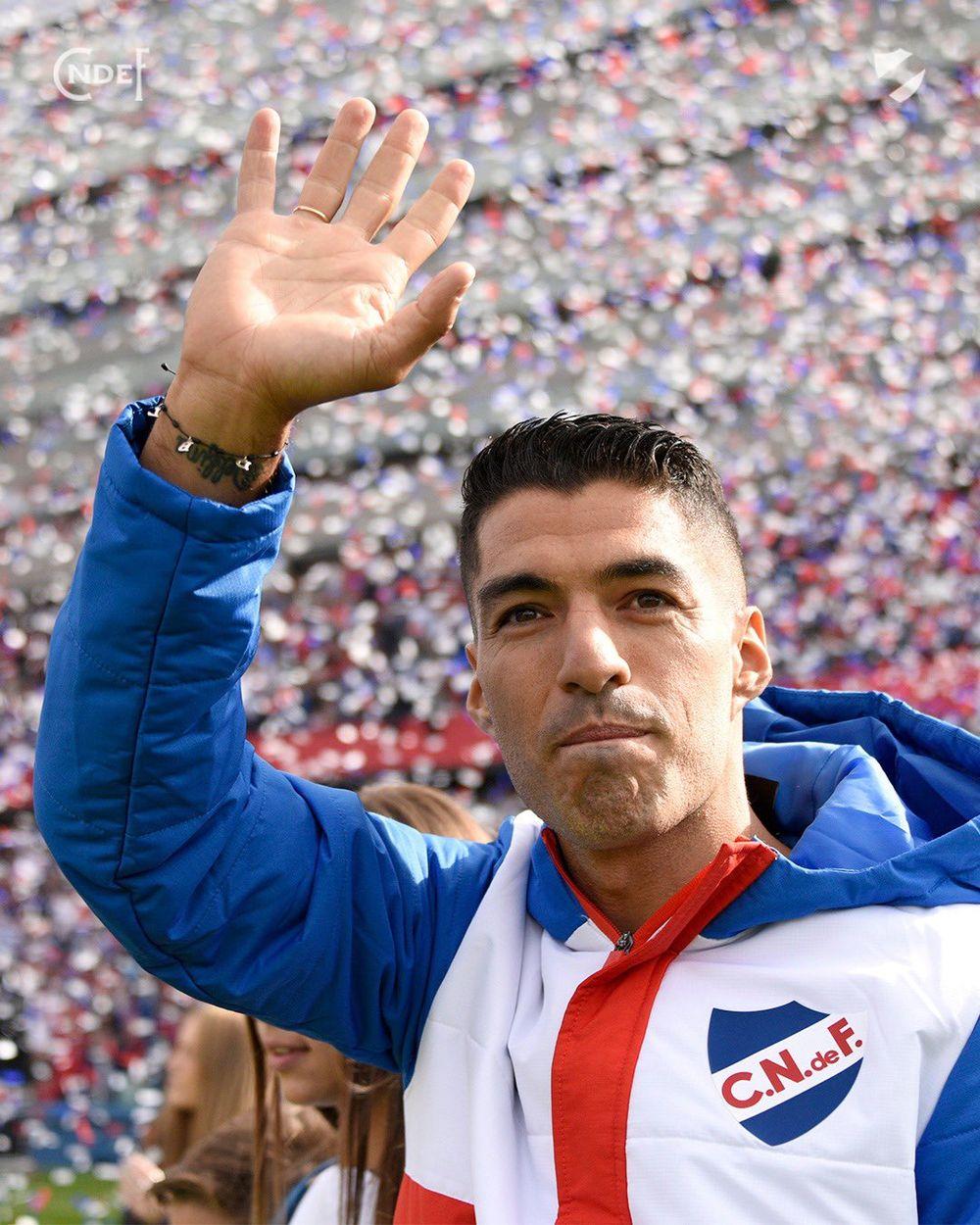