Have you been watching the fall of Bitcoin? We all know that the cryptocurrency market is very volatile, and in this sense, it is necessary to be very attentive to price fluctuations to bet at the best time.

In early November 2021, Bitcoin reached an all-time high of $69,000. Now, three months later, the world’s most popular digital currency is only worth half.

Bitcoin is a peer-to-peer (P2P) virtual currency. P2P is a system that does not provide for a central authority to control currency or transactions, as is the case with other currencies (for example, the euro is controlled by the European Central Bank).

In November, the digital currency reached $69,000, but now it is only halved. At the time of writing this article, according to Coinbase, Bitcoin is worth $35,000 – see here. 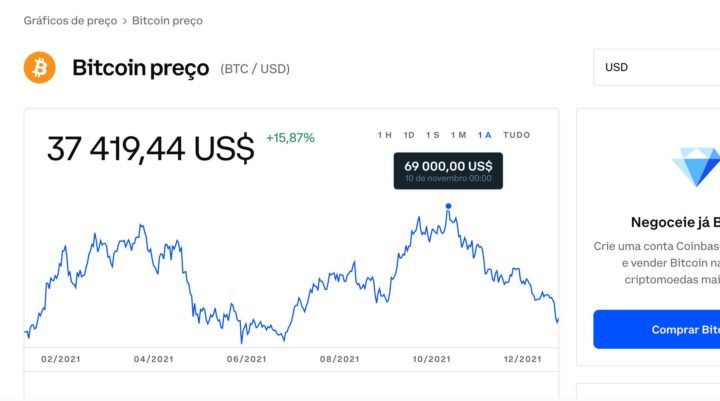 But the problem is not just Bitcoin. Ether, Cardano and Dogecoin are also in bankruptcy on Monday. For Bloomberg Intelligence analysts, this phenomenon is an exact copy of the past, a "pause in the face of market uncertainty," the analysts defend.

Since November, the cryptocurrency market, consisting of more than 15,000 tokens, has lost about $1 billion in a “bear market.” In light of what is happening, investors are taking advantage of the bitcoin crash and have invested $14 million in crypto funds.