On March 29 and 31, teams from DIVE – the state epidemiological surveillance directorate – carried out the automated spraying again, in the Escola Agrícola district, which concentrates more than 50% of the Aedes aegypti mosquito contamination, in Blumenau.

Secretariat staff made frequent home visits in areas with a high number of outbreaks. In addition, they also do hand spraying with Ultra Low Volume (UBV) in the neighborhoods of Garcia, Velha Itoupava Norte, Água Verde and Vila Nova. It works daily from 5 am.

The number of cases in Blumenau

From January to April 4, endemic disease agents from the Department of Health Promotion (Semus) detected nearly 2,000 outbreaks of larvae of the Aedes Aegypti mosquito, the vector of dengue, yellow fever, Zika and chikungunya, in Blumenau.

Compared with the same period last year, it is a higher number; In 2021, more than 1,300 outbreaks were recorded. So far, the municipality has registered 1,300 notifications. Among these cases, there are 293 confirmed cases, nine imported cases, and 281 original cases, that is, contracted in Blumenau.

On April 6, 16 people were taken to city hospitals. All patients suspected of having dengue fever are awaiting the result of laboratory examination.

See also  Villa Franca - When bullfighting is an exact science ... :: bull and gold

The first manifestation of dengue fever is a high fever (39°C to 40°C) with sudden onset lasting two to seven days, accompanied by headache, body, joints, back of the eye and weakness. Spots on the body are also found in at least 50% of cases, and can affect the face, trunk, arms and legs. The disease can also cause loss of appetite, nausea, and vomiting.

There is not yet a rapid test for diagnosing dengue fever recognized as valid for confirmation. The SES, the Secretary of State for Health, requires that diagnostic tests pass through the Central Public Health Laboratory – Lacen.

This also includes the tests performed in the private network, which must be collected and sent to Lacen. The Strategy Teams for Family Health (ESF) and Family Health Units (USF) have already been mentored. The patient needs to collect the sample material at the Primary Health Care Unit in Blumenau. The material will be sent to Lacen for analysis and the result released within 10 days. 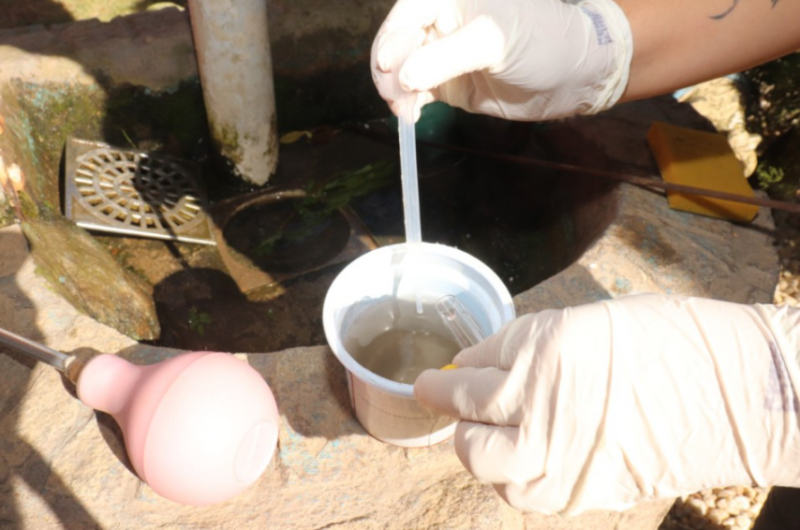 State Law 18024 of October 2020, establishes rules to prevent the spread of vector-borne diseases – Yellow Fever (Aedes Albopictus) and Dengue (Aedes Aegypti) in the State of Santa Catarina. Residential and commercial property owners may be fined if they are notified and fail to comply with control measures that prevent the spread of mosquitoes.

The fine imposed on the owners of residential facilities can reach one thousand Brazilian riyals, and it can be doubled in the case of recidivism. In commercial establishments, this is subject to warning and may even lead to revocation of the facility’s operating license.

Remembering that every care is important and that by taking care of their homes and institutions, it is possible to fight disease faster and more effectively.

In the Blumenau City Council website It is possible to continue its work in the fight against dengue fever. Enjoy and keep an eye on the information posted on social media: FacebookAnd Instagram And Twitter.

Is showering every day necessary? See what the science says