Even with the dominance of Google and Chrome, the browser market has been booming in recent months, with Edge and others growing. Microsoft wants to occupy a space that it previously owned and that is why it has re-proposed it.

This scenario is becoming increasingly visible, even if it has to grow a lot. The latest data shows that and shows what the future will look like when it comes to these proposals for surfing the Internet, on any platform.

The next few months will be important for Microsoft and Edge. With the end of IE in the enterprise market, the proposal accompanying Windows is expected to have a very large growth, reaching values ​​​​that this browser has never had so far.

However, with the visual scenario, Chrome will not be surpassed in terms of its use on the Internet. The range is so large that 6 out of 10 browsers are the responsibility of Google and Chrome. 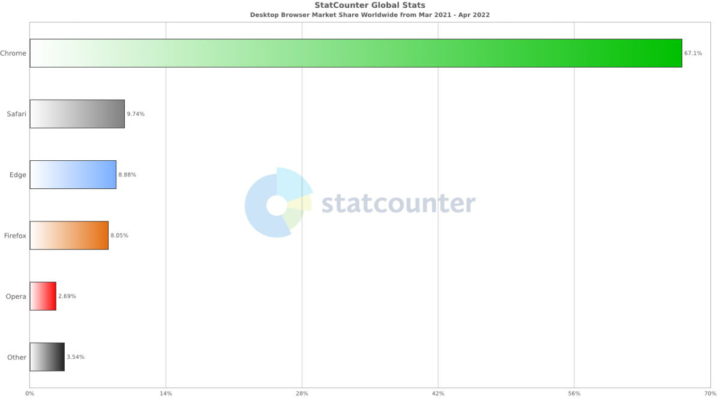 Chrome dominates but Edge is growing

Of course, competition is there too, but it's still too far away to have any impact on the market and what it has to offer. you Latest numbers From the well-known StatCounter they show exactly that.

The presented table shows how this market will develop. The 10% offered by Edge has opened an interesting path for its growth, especially since this browser is directly related to Windows. 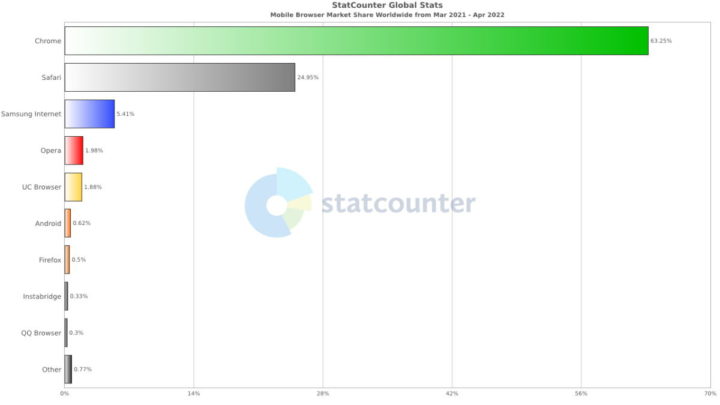 On a smartphone, there is only one browser to control

Interestingly enough, when it comes to mobile browsers, the scenario is quite different. Here we have a much more straightforward site than Safari, thanks to the market share that the iPhone has. With that said, Chrome remains on top, with more than 60% of users' choices.

All the changes that Edge has made, since its introduction 7 years ago, affect this browser. Microsoft made a risky decision two years ago and chose to base its proposal on Chromium, something it mostly ended up doing.