Although many mental health experts have predicted an increase in the number of suicides after the COVID-19 pandemic, most research published in scientific journals indicates no changes or a decrease in the rate.

This is the conclusion of a new study on the impact of COVID-19 on mortality rates. Suicide in underdeveloped countriesIt was carried out by the Bristol Medical School Institute of the University of Bristol in England. a statement recently in Global Public Health PLOS.

The investigation, led by scientist Doleka Knipe, was led by a group of scientists from around the world, including from Stellenbosch University in South Africa and the South African Medical Research Council (SAMRC).

“The strongest evidence” Researcher Jason Pantjes, of SAMRC and Stellenbosch University, one of the project participants, noted “low or no change in suicide and self-harm” in underdeveloped countries after the pandemic.

These findings, he continued, do not mean “that the epidemic did not cause social and psychological distress or economic hardship, but”, given the available evidence, show “that this did not translate into an increase in suicidal behaviour”.

Pantjes pointed out that this finding is in line with a previous study, published In the Lancet Psychiatry In April, it was concluded that suicide rates in developed countries It remained, in most cases, unchanged.. The data also showed that this decreased in some countries in the initial phase of the pandemic. 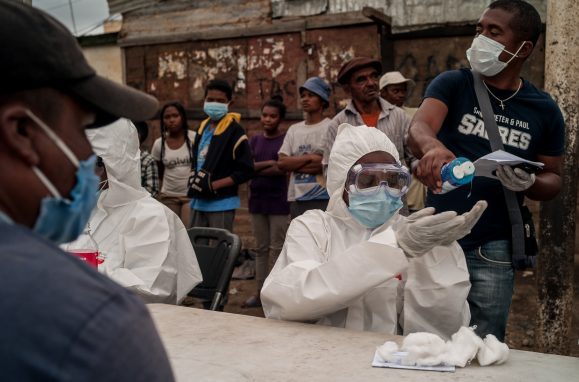 For Bantjes, the most surprising finding is the lack of reliable data on suicides in Africa, although “this is not at all surprising”, given that suicide “is not considered one of the largest public health problems in the region”.

“As a result, research into this issue has historically not been a priority, as it has in developed and Western countries, largely due to serious resource constraints and a number of pressing health challenges,” he continued.

He added: “Any impact of the epidemic on suicide rates in Africa is likely to be Overshadowed by more obvious health problems And with increased morbidity and mortality associated with other diseases whose management was disrupted when health services, already limited, were closed to reintegrate medical personnel into emergency and intensive care units to treat patients infected with covid-19.

In the absence of reliable epidemiological data on suicides in Africa, Pantjes said, it is not possible to accurately assess the full impact of Covid-19 or plan prevention strategies in the region.

For the investigator, the conclusions of this investigation that has now been revealed should be look at it carefullybecause it is based on data from only 12 of the 135 countries on the LMIC – Low and Middle Income Countries List.

“Most of the studies analyzed were based on data collected in the first few months of the pandemic, and the quality of studies in general was poor. In addition, research in this area lacks comparable data before COVID-19 that would allow a meaningful assessment of the impact The true epidemic on suicide rates.

See also  Girl's face! OnePlus has made a big publicity for Samsung's SPen!