After revealing Iran’s plans to equip Putin’s war machine with advanced ballistic missiles and drones, the alarm has sounded in Israel.

So far, there has been only talk of cautious contributions, primarily of a humanitarian nature, and of little military importance. Volodymyr Zelensky criticized the negative attitude of the country, and he himself is of Jewish origin.

Now the tipping point may have come.

Two unidentified officials said that Iran is preparing an initial shipment of the Fateh-110 and the Zalfeghar missile, two short-range ballistic missiles capable of hitting targets at distances of 300 and 700 km. Washington Post. US officials should be briefed about Iran’s new weapons plans.

Russia has already taken advantage of Iranian-made drones to strike civilian infrastructure and energy facilities. On Monday morning at the latest, so-called Kemikatze drones produced in Iran were used in an attack on the capital, Kyiv.

But if the Russians also gain access to Iranian long-range missiles, the trophy may be about to overflow for Israel.

– It was reported this morning that Iran was transferring ballistic missiles to Russia. There is no longer any doubt about where Israel should stand in this bloody conflict. It is time for Ukraine to receive military aid as well, just as the United States and NATO countries are providing it, Israel’s Diaspora Affairs Minister Nachman Shai wrote on Twitter, according to Times of Israel.

The Russian arms industry is declining

The reason the Russians are now turning their attention to Iran and North Korea, among other things, is that the country is on the verge of running out of ammunition and advanced weaponry. This has been discussed before, among others Institute for the Study of War (ISW).

The harsh Western sanctions have contributed to the Russian arms industry facing great challenges in acquiring new weapons to replace the massive consumption in the war of aggression against Ukraine. In addition, the Russians lost a large amount of military equipment that they are now trying to replace.

But the number of countries that can and will supply the Russians with the weapons it needs is low. Western industry previously provided components for advanced weapons systems, but that is the end now. The United States has strongly warned China not to supply Russia with weapons or weapons parts.

Thus, the Kremlin regime must accept the weapons that it can obtain, including from the Iranian dictatorship.

Iran is the archenemy of Israel. The news that the chaplain-ruled country is playing an increasingly central role in the war against Ukraine is a wake-up call for the Israeli government. Israel has also carried out a number of attacks against Iranian forces in Syria and Lebanon, where the two countries are engaged in a proxy war.

The Israeli Air Force also carried out several simulated airstrikes with the aim of a possible future attack against Iranian nuclear production. For its part, Iran has warned Israel of all-out war if Israel is serious about attacking the country.

However, Israel relies on coordination with Russia when warplanes launch raids in Syrian airspace. By providing Ukraine with advanced weapons, Israel risks entering into conflict with Moscow.

Ambassador: – Iran has joined the “axis of evil”

– What other convictions, evidence and arguments are needed for the Israeli authorities to make a logical and practical decision on further active resistance to the Russian-Iranian alliance by supplying Kyiv with relevant weapons, asks Ukraine’s ambassador to Israel, Yevgen Kornichuk, according to Algemeiner.com.

The ambassador argues that Russia has become a terrorist state that has joined the “axis of evil”, which threatens not only Ukraine, but the rest of the civilized world as well.

Iran rejects the accusations: – We do not consider war the right way

– We believe that arming both sides of the crisis will prolong the war. Amir Abdollahian, in a conversation with Portuguese Foreign Minister João Gomes Cravené, said that we did not consider war the right way and do not consider it either in Ukraine or in Afghanistan, Syria and Yemen. The Iranian foreign minister was said to have repeated the same message in a conversation with the European Union’s foreign policy chief Josep Borrell.

NATO Secretary General Jens Stoltenberg has asked member states to prioritize and speed up air defense deliveries to Ukraine. Several NATO countries have already made promises about these deliveries. 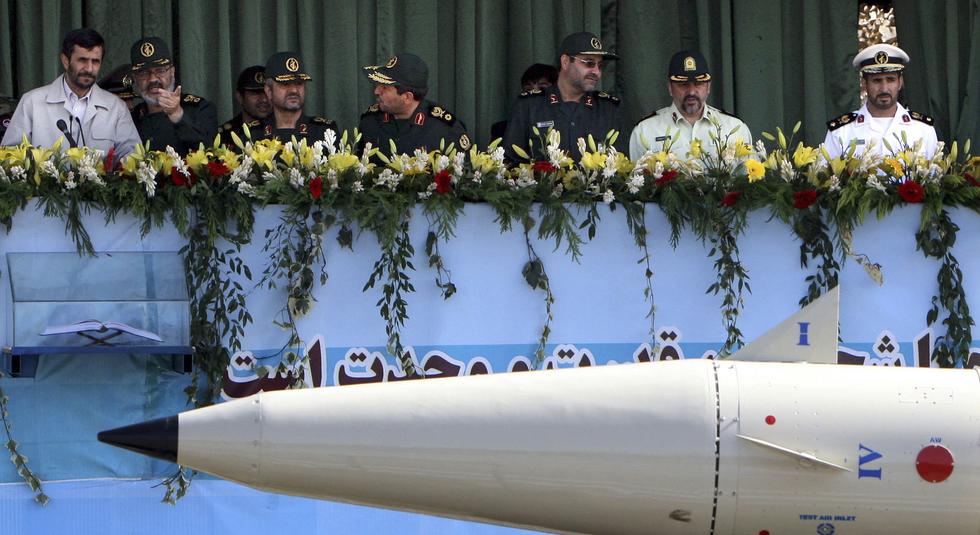