Starting with the Armstrong model, created in honor of the first human to step on the moon in 1969 aboard the Apollo 11 spacecraft. The back of the cell phone is made of highly sculpted titanium, showing an illustration of the moment the astronaut put the American flag on Natural moon.

It is noteworthy that the mobile phone will still have a real Apollo 11 part that went to the moon, making the collection even more exclusive.

The next example is a tribute to Jeff Bezos for his contributions to the space sector through Blue Origin. The iPhone 12 Pro that is inspired by the legacy of the Amazon CEO also has a titanium back with an engraved Blue Origin icon. 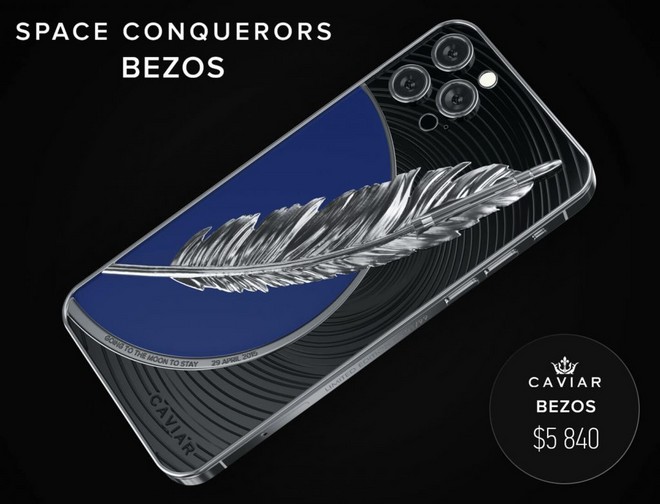 This version is still decorated with a blue stone on the back that symbolizes planet Earth. There is also an inscription on the back:

History indicates the successful test of the reusable triple space vehicle New Shepherd which represented a major development for space science around the world.

Known as the father of the Soviet space program, Sergey Pavlovich Korolev also won a special iPhone 12 Pro. The model created in his honor contains a large gold star launched by a human hand into space in reference to Korolev’s most famous innovation: Sputnik 1, the first satellite on our planet. 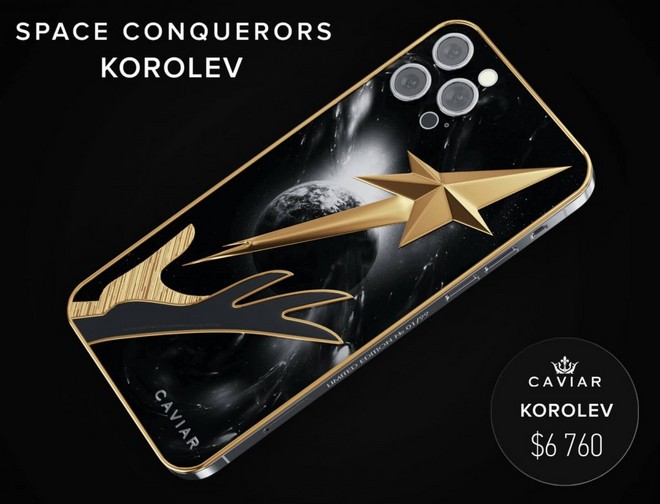 The back of the cell phone is made of titanium with Double Electroplad’s 7-micron 18k gold detailing.

This version is a tribute to astronaut Yuri Gagarin, who made the first manned space flight on April 12, 1961 on the Vostok 1 mission.

The highlight of this model is the navigator’s clock, which stopped at the same time and date of the first Vostok I voyage of 108 minutes. 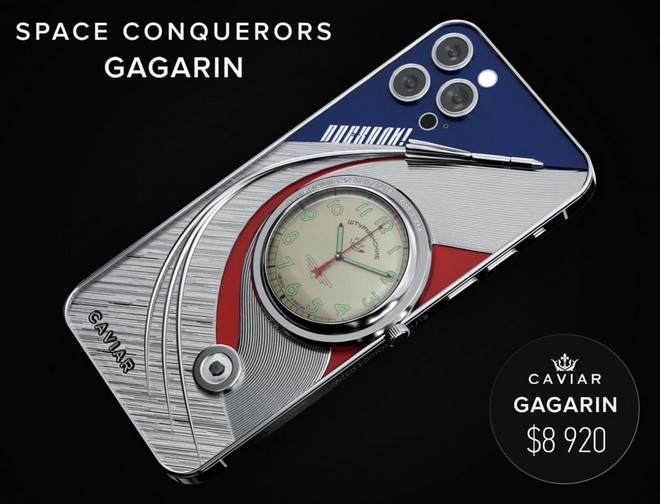 The rear is still made of titanium with very prominent graphics with the design of the Vostok 1 missile and real part of the aircraft.

Last but not least, the iPhone 12 Pro created by Caviar in honor of Elon Musk due to the advancement of SpaceX has titanium and PVD again as the CEO’s silhouette contrasts with the planet Mars in the background.

The golden line around Mars symbolizes the dream of Musk of taking people and colonizing the planet, engraved in the founding history of SpaceX. 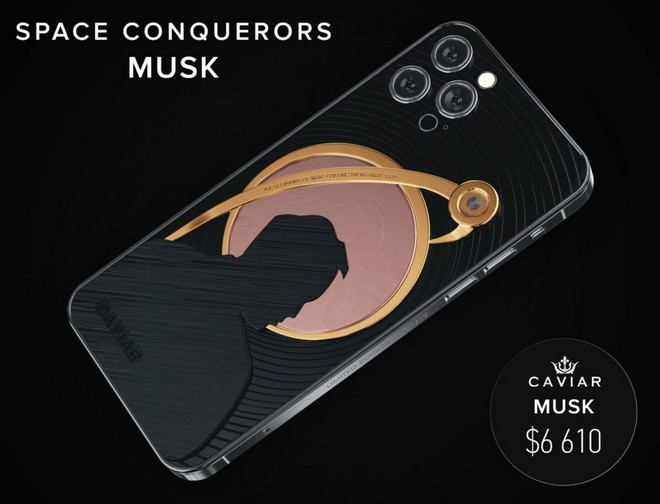 There is also a real spatial particle on the back of the phone, collected by Falcon 9 CRS-14 and Dragon CRS-17.

In honor of SpaceX’s 19 years, 19 copies of this model will be produced at the following prices:

256GB and 512GB versions will also be available, but their pricing has yet to be released.

Tell us in the comments about your favorite model.