If fuel prices at the pump reach their highest levels in two years, the blame is not on taxes, but on the increased margins of gas stations. In general, this is the justification of the fuel regulator, ENSE, for the (high) price of a liter of diesel and gasoline at the pump.

The average margin for suppliers, ENSE says in a sector study released on Wednesday, is higher than the average recorded in 2019, before the pandemic.

“Fuel prices assessed during 2020 and 2021, ENSE – the national energy sector entity EPE, found that the average annual margin was above the average recorded in 2019, the period leading up to the pandemic,” says the regulator.

During the critical months of the epidemic, as ENSE said, “average sales prices to the public declined at a rate significantly lower than the decline in reference prices.” 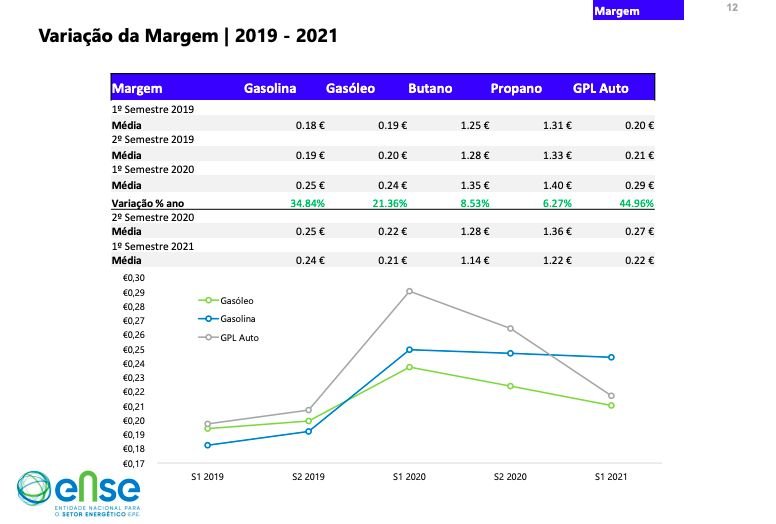 The gross margin described by the regulator is the difference between the average selling price to the public and the ENSE reference prices.

The ENSE analysis also confirms that average selling prices to the public are a maximum of two years for all fuels. He concludes, “This increase is more justified by the increase in pre-tax prices and gross margins than the increase in taxes.”

The gross margin described by the regulator is the difference between the average selling price to the public and the ENSE reference prices.

The average selling price to the public, which ENSE can access, through the Balcão Único da Energia platform, includes “all components of the value chain, allowing, by the difference between the two above-mentioned prices, to calculate an estimate of the margin sales figures”. 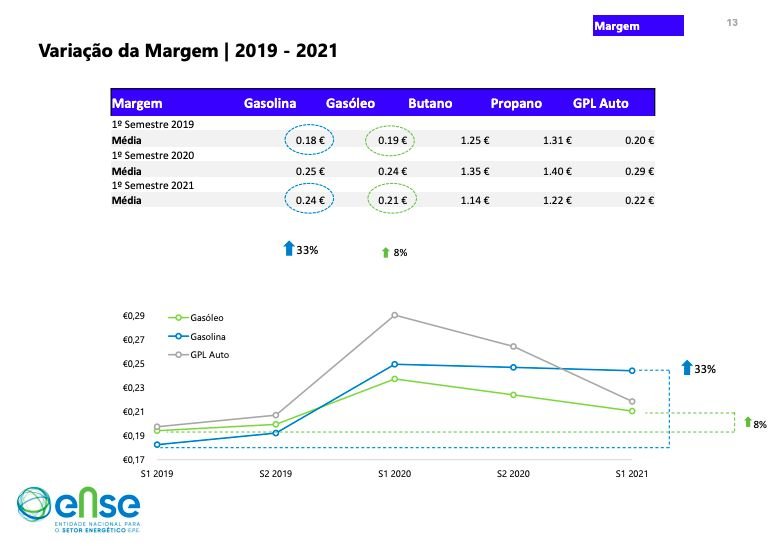 Shortly after this ENSE study was published, the PSD questioned Parliament’s economy minister about fuel prices – insisting that the tax burden on every liter of fuel in Portugal is among the highest in the European Union. Siza Vieira began by dismissing the case – stating that “this energy issue is the responsibility of the environment minister – but ended up making a comment.

“It is true that the carbon tax on fuel has caused prices to go up. It is a problem that exists, but the government is aware and I am sure my environmental colleagues are aware of this. But, again, it is not out of my place to answer on the subject of energy,” he stressed.

Regarding the comparison of fuel prices in Portugal and Spain, an example provided by the PSD, only Siza Vieira said “he knows that there is an intention in Spain to increase taxes on petroleum products”.