Massive forest fires broke out in Greece on the eighth day. International firefighters are now battling the flames to save people’s homes outside Athens. Other countries are also affected by a large number of very large forest fires, in part.

Professional firefighters and local residents continue to fight massive wildfires on the island of Evia.

Strong winds make firefighting work very difficult. According to eyewitnesses, the blazing fire has bypassed the worst horror film and is devouring more and more of the Greek island.

On Tuesday, another village was evacuated. On Tuesday night, Greece received reinforcements from abroad. Now a multinational force of 900 firefighters is desperately fighting to prevent the fire from spreading to the northern Evia town of Istia.

Authorities use ferries to evacuate residents and tourists from the most vulnerable areas.

Evvia is the second largest island in Greece. This satellite image from Planet Labs Inc shows how the fire spread across the island, up to 30 kilometers away.

Large areas of forest were burned.

Hundreds of buildings were set ablaze.

In some places, fires are so intense that smoke blocks daylight and develops its own weather systems with winds and thunderstorms.

Both fire crews and local residents fight the flames, but it is a very daunting task.

Evvia is the second largest island in Greece. The length of the island is 150 km and its width varies from 6 to 50 km. Now forest fires are burning in the dry vegetation.

– It’s like a horror movie, but now it’s real, said a pregnant woman Reuters. I boarded a lifeboat in the town of Pefki, where falling ash covered the harbour.

– We are talking about the 30-meter high flames that suddenly appeared, another woman on Evvia said to the state television company ERT. Her husband complained about the lack of firefighting planes and helicopters that could contribute to the firefighting work.

Thousands of people have now fled their homes on the island. Ferries are ready to transport people fleeing fires. Dozens of villages are being evacuated.

Large areas of forest north of the island have been destroyed. It’s not just where it burns. The fires destroyed hundreds of homes in Evia, the Athens region, the Peloponnese peninsula, and elsewhere in Greece.

Prime Minister Kyriakos Mitsotakis apologizes to the Greek people. He says the country has experienced more than 580 fires in recent days, which is unparalleled.

The fire started in Evia on 3 August and coincided with the worst heat wave in nearly 30 years. On some days, temperatures soared to 45 degrees.

to me Watchman The prime minister said the crisis shows the realities of climate change. He described the fires as “a natural disaster like no other.”

Fires broke out in many parts of Greece during the week-long heat wave, the worst in Greece in three decades.

The high temperatures in the sky combined with strong winds led to explosive fires breaking out across the country. The fire destroyed homes and commercial buildings.

Similar scenes now occur in many countries. In Algeria, 25 soldiers were killed trying to put out the forest fires ravaging the country, President Abdelmadjid Tebboune said.

See also  The Taliban seized power in Afghanistan without much resistance. Internally, fighting erupted over the country's new government.

Firefighters are struggling to put out the flames in the provinces of Gala and Tizi Ouzou.

The president wrote that soldiers helped save hundreds of civilians. It was previously reported that at least seven people died in the bushfires.

People who fled the flames congregate in schools in the area. Interior Minister Kamal Beljoud said several fires had been set.

“Only criminals are behind the outbreak of about fifty fires at the same time in several places in the province,” he told Algerian television.

Massive wildfires ignited in California during a historic drought

The situation on the other side of the Atlantic is also tragic. 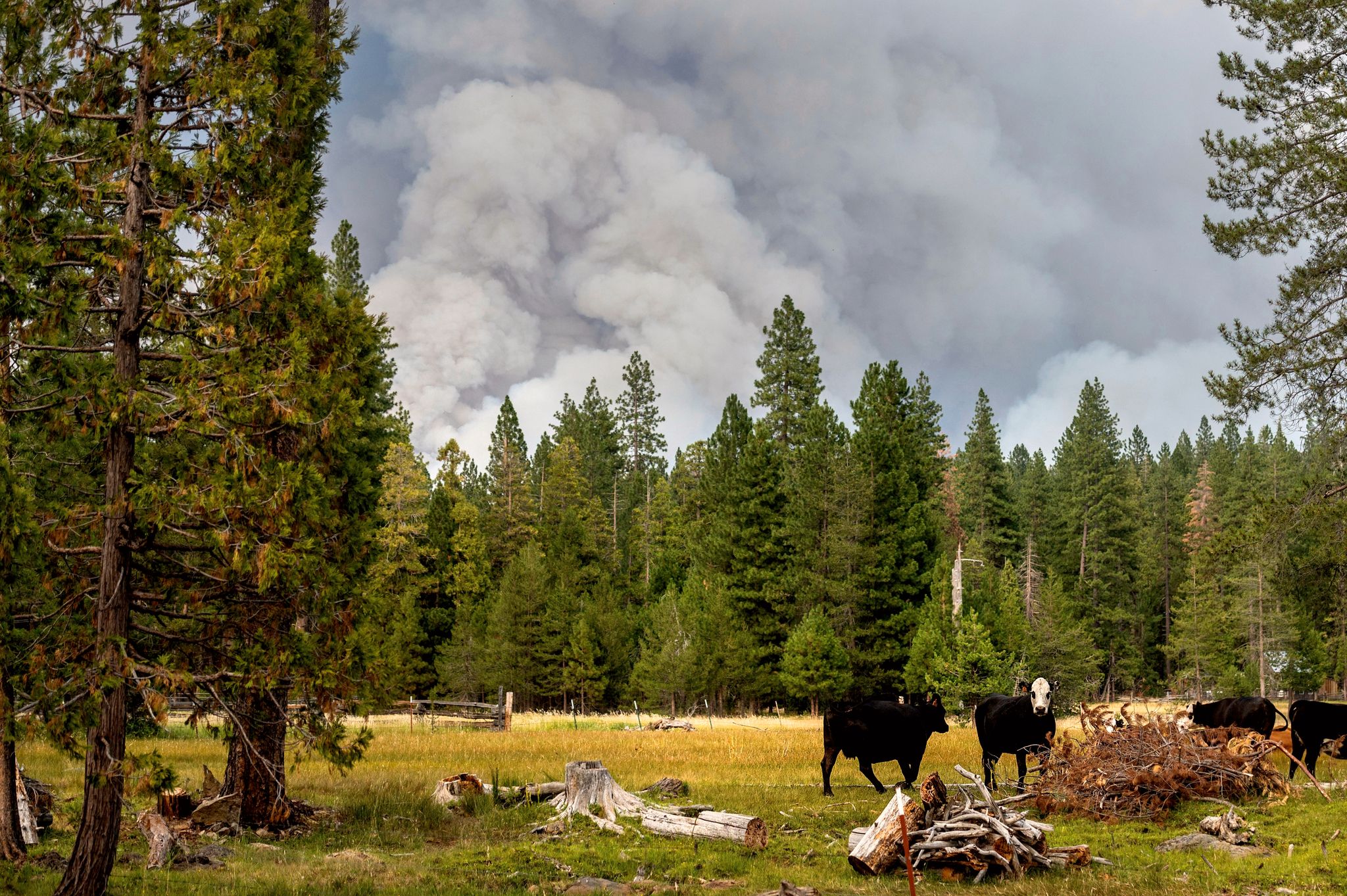 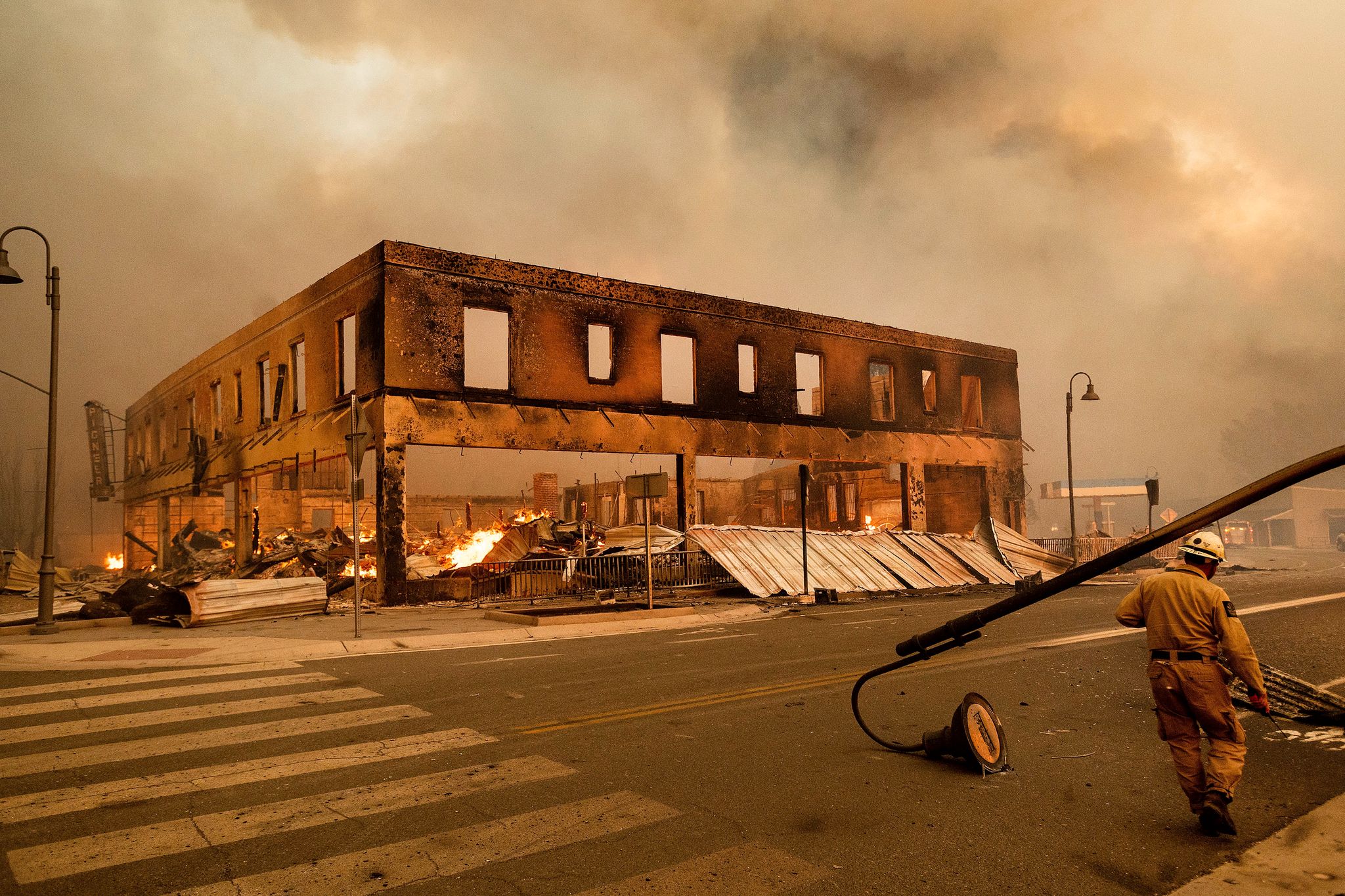 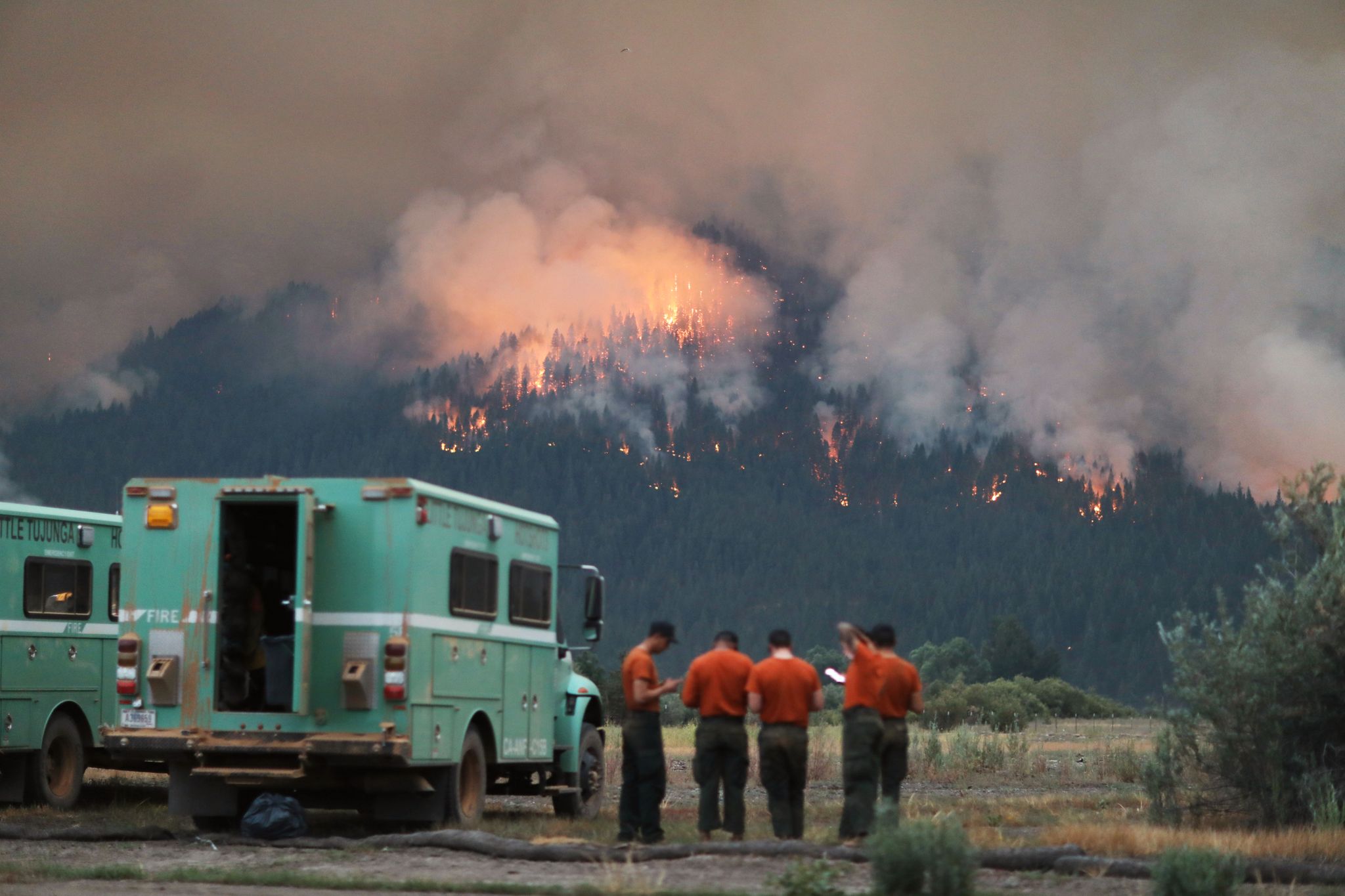 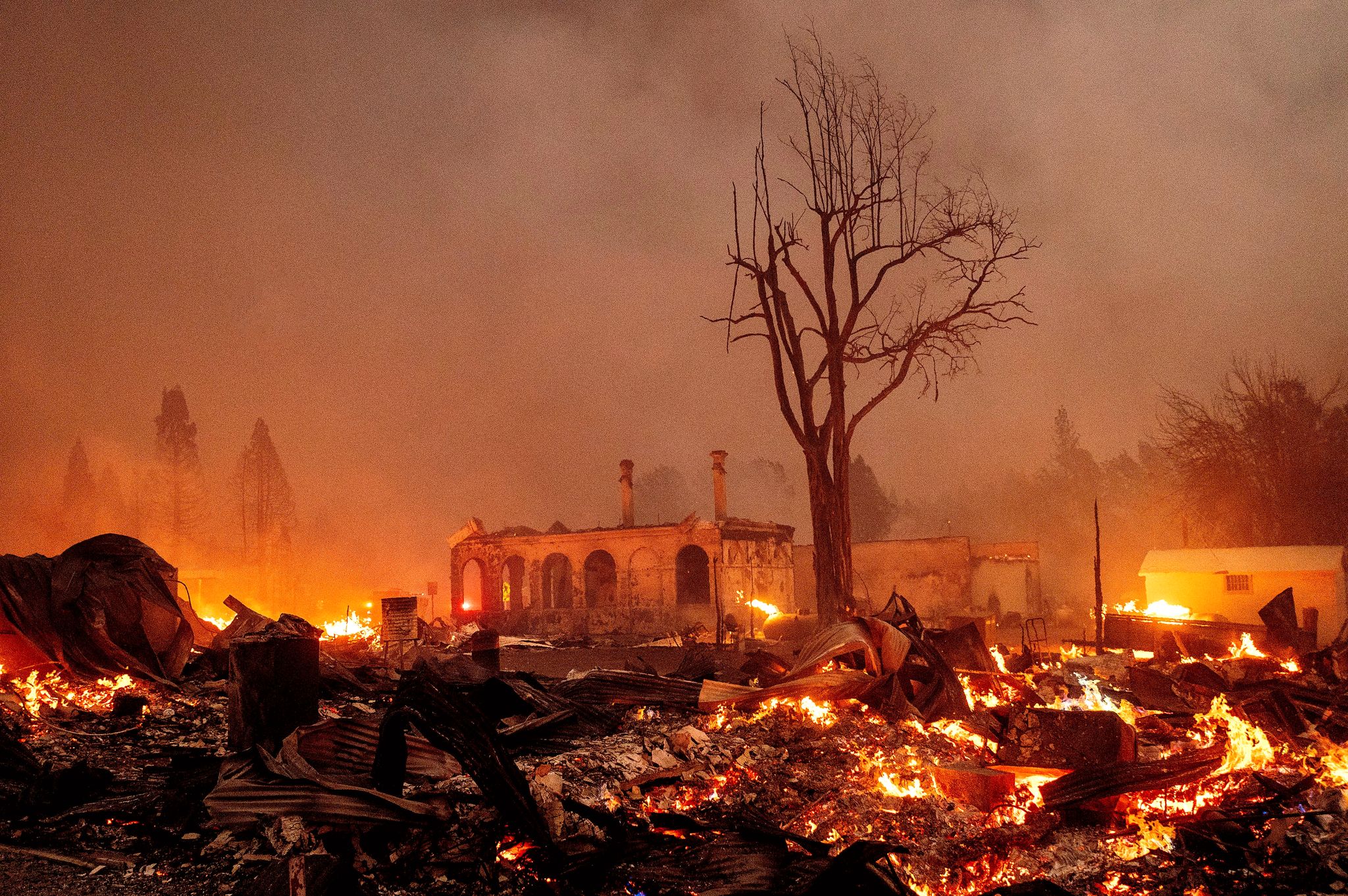 California, USA is now experiencing one of the largest wildfires in the state’s history.

Authorities warn that it could take several weeks to put out.

More than 400 buildings were destroyed.

The fire started on July 13 and has since spread to an area of ​​1,875 square kilometers, an area larger than Los Angeles. Sunday morning local time, only 21 percent of the fire was extinguished or under control.

Three people were lost and several thousand had to flee the flames.

This coincides with the fact that large parts of the West Coast of the United States are experiencing historical drought. Farmers have to dig deeper and deeper to find groundwater, crops are deteriorating, and America’s food supply is threatened.

See also  Associated Press: A Chinese woman said she was held in a Chinese-run prison in Dubai

See satellite images of how fire is changing the landscape:

On Saturday, Governor Gavin Newsom visited the cremated remains of Greenville, which caught fire on Wednesday and Thursday. Among other things, he said, “we simply have to admit that these are fires that have been caused by climate change.”

The United Nations is sounding the alarm on climate change: – The world has heard. But she did not listen.

Earlier this summer, North America was hit by a heat wave that led to record temperatures and hundreds of deaths.

In Italy, forest fires threaten national parks on the UNESCO list of protection. A number of them are being evacuated in the south of the country.

– We have an immediate need for firefighting aircraft on all fronts, otherwise the entire park will burn in a disaster like no other, says Leo Ottitano, responsible for the Aspromoente National Park.

In Miskoraka, in the south of the country, residents are evacuated as fire approaches the settlement on Tuesday night.

Weather disasters such as fires, droughts and floods, exacerbated by climate change, have ravaged the world this summer.

On Monday, the United Nations Climate Panel released its new climate report, which shows that the Earth is warming faster and faster, and that massive wildfires are linked to climate change leading to drier and warmer weather in the most vulnerable regions.

I think these words created the travel impulse