The new Huawei MateView display arrives in Portugal in August. It is the brand’s first standalone monitor and promises to assert itself as a smart, feature-packed product, with 28.2 inches Diagonal, 3:2 format and resolution 4K + (3840 x 2560 pixels). It has dual speakers, a metallic chassis, slim margins and other built-in amenities.

For those looking for a new desktop display, this Huawei gadget, at a price that has yet to be announced, might be a good choice. It is especially useful for those who have other Huawei products such as their high-end phones and laptops, as they will be able to make more use of the Huawei Share function and display the contents on the screen quickly and simply.

This is the new all-in-one screen, Huawei MateView

This is a 4K+ Ultra-HD monitor that is optimized for work, productivity and connectivity and capable of faithfully reproducing true-to-life colors. The attributes that make it a tool for creatives, photo and video editors, among other purposes.

The Huawei MateView has a 28.2-inch screen with a 3:2 aspect ratio that supports a resolution of 3840 x 2560 pixels. Each monitor is also professionally calibrated at the factory to produce colors with utmost accuracy.

In this way, MateView achieves a color accuracy rating ΔE < 1 No sRGB mode E ΔE < 2 There is no DCI-P3 mode.

Even the Huawei MateView is VESA DisplayHDR 400 certified, which means that users will have no trouble discovering even the most subtle details hidden in dark areas of the screen.

Huawei’s new standalone display allows users to enjoy optimal color gamut, as it supports 98% of the DCI-P3 color gamut and 100% of the sRGB color gamut.

Together, these certifications confirm the ability of this screen to filter out harmful light emissions. Something that will relieve eye strain caused by the brightness emitted by the screen. 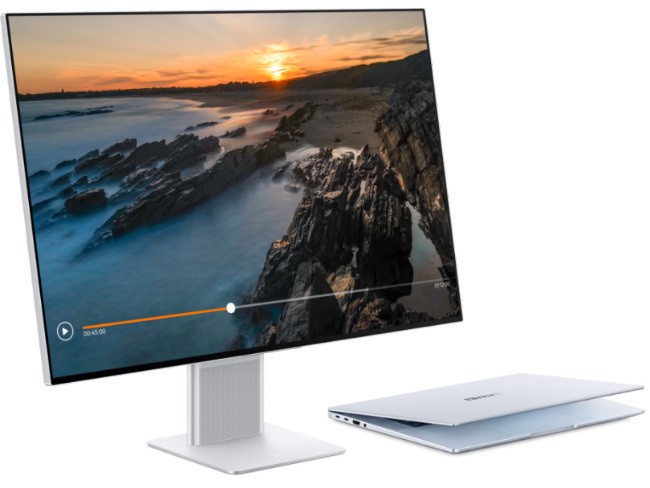 Another feature of the Huawei MateView is the fact that it not only supports cable connections but also allows users to connect it to their tablets, smartphones or laptops via the wireless network. In practice, it can be a wireless monitor.

Huawei MateView is also ready to support OneHop functionality for smartphones. This is in addition to enabling users to operate the desktop mode wirelessly.

On the back of the screen, users can access several ports. including here 2 USB-CAnd the 2 USB-A portsAnd the HDMI port, One Mini DisplayPort and an audio port from 3.5 mm.

The Huawei display has stereo speakers on its base

Mice and keyboards connected to MateView can be used as input and navigation for other connected devices, be it laptops or smartphones.

In short, it is a feature that ensures users to switch between multiple devices without having to reconnect all their peripherals. In this way, simply connect the new device via the USB-C port to the Huawei MateView.

The MateView is also the first monitor with an adjustable stand and built-in height. The display’s main panel is separate from the panel by design, allowing users to adjust height and tilt to their preference.

MateView has a SmartBar that provides a new control experience 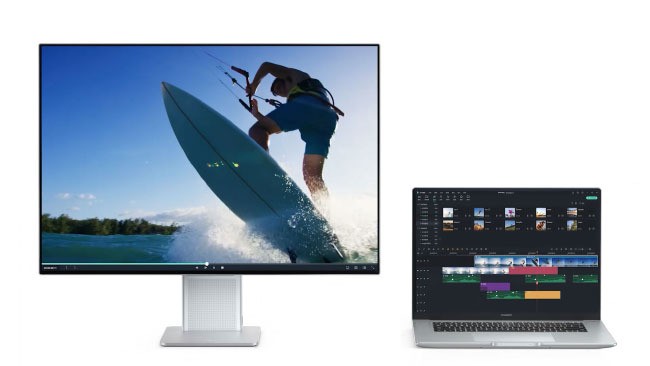 Huawei MateView introduces a hidden smart bar. It provides an easy-to-use touch interface for users to adjust various display settings such as input source and volume.

Note that in addition to incorporating two front-facing speakers into the stand, there are also two microphones built into the stand. Take into account noise reduction algorithms and capture sound from distant sources البعيد up to four meters.

Finally, we know that the new screen will arrive in Portugal during the month of August. However, its retail price has not been confirmed by Huawei.