Like other big tech companies, Facebook also cleans up the services it offers on a regular basis. This way, you can get rid of all the less used suggestions or the ones that no longer make sense.

It is in this spirit that the largest social network on the Internet is now blocking some of its proposals. The most obvious are Nearby Friends, but other location-based services will do the same.

Many of the services and suggestions Facebook offers to users are based on their location. This is how the social network manages to unite and bring its users closer, thus providing possibilities for interaction.

One of the new features now is the end of nearby friends and other location-based services. This will allow any user to find all his contacts on the map and thus find out the closest and most easily. 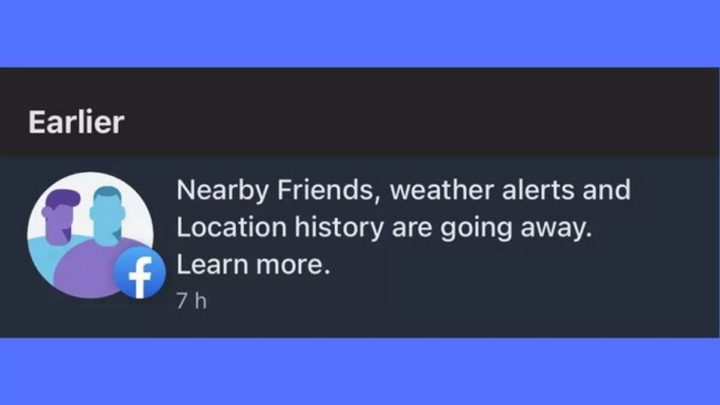 Although he does not reveal why these services are closed, Facebook has already done so Started to warn users for this purpose. To do this, you use your mobile applications and know how this process will be carried out.

Everything refers to these services based on the location of the users that were shut down as early as May 31. In addition to this moment, Facebook is giving users until August 1st to export their data. After this date, the data will be permanently removed from the social networking servers. 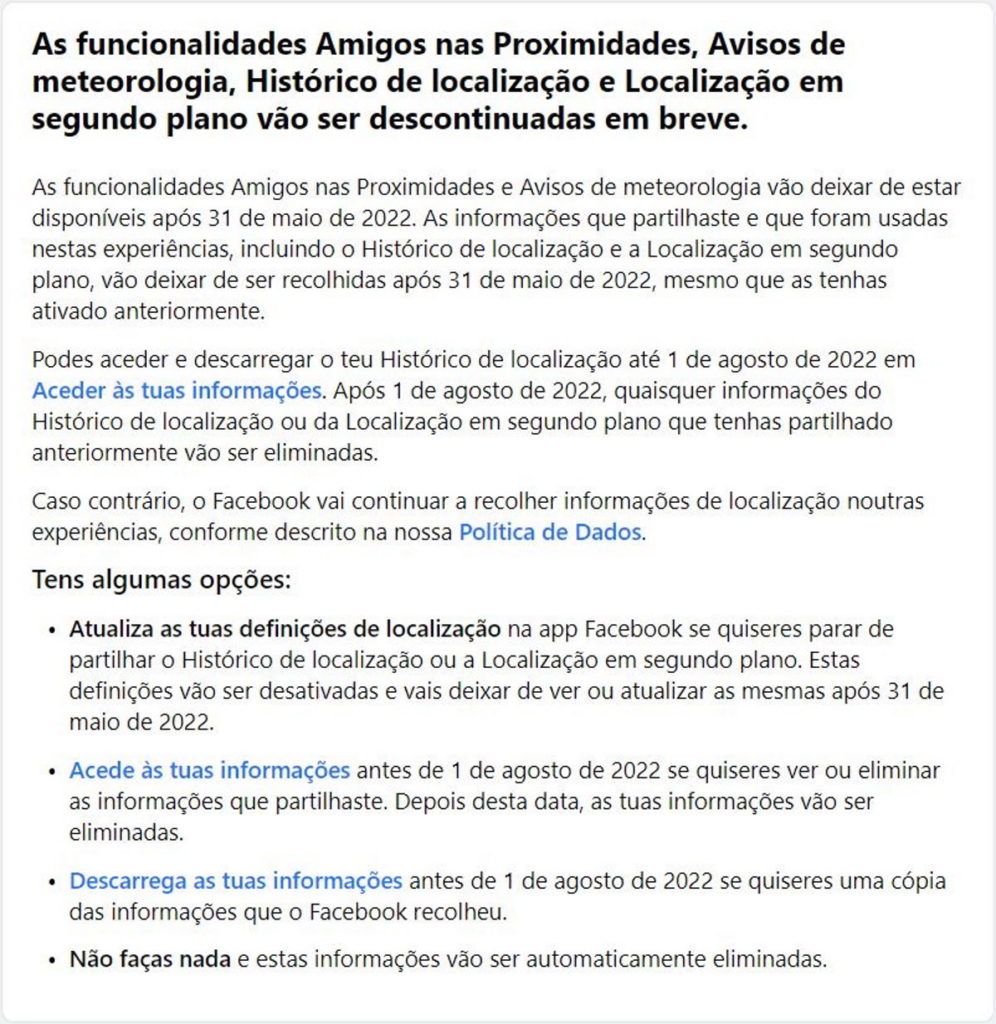 By turning off these location-based services, Facebook will offer its users several suggestions. Among them, in addition to nearby friends, it will not be possible to access weather warnings, location history or background location.

Despite it being a feature accessible only to those who activated it, many users ended up using it. This end must be due to a decrease in use or a change in the social network. However, Facebook will not stop collecting location data from its users.