The MacBook Air won’t be tampered with until 2022. While many things aren’t known just yet, the next generation is expected to be thinner and lighter. In addition, you will enjoy many elements of the new MacBook Pro.

Macbook Air arrives in 2022 with a new processor and webcam!

Well-known leaker dylandkt covered some aspects of the upcoming MacBook Air in a series of tweets he posted on Thursday. Thus it reveals that the notebook will bet on a square design more in line with MacBook Pro 14 and 16 inches.

However, this device must be powered by an M2 chip. Specifications are not known for certain. However, it should not be more powerful than the M1 Pro and M1 Max. In any case, this makes sense, because the MacBook Air is not intended for professional users. This idea is also reinforced by the lack of fans.

At screen level, you must bet on a board Mini LED The device must have a 1080p camera. However, it is not known whether or not this device will bet on unibrow. However, something was left out. I’m talking about ProMotion technology with a variable refresh rate.

In any case, we will have the integration of large function keys and Magsafe charging. This will draw power from a 30W power source. 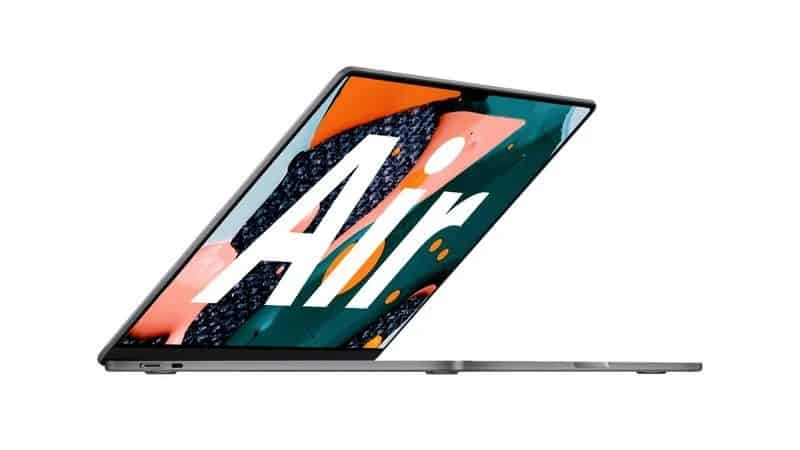 This device is guaranteed to support at least two external monitors, and this will be possible thanks to the USB-C ports. However, the SD card and HDMI port are left as shown on the website Camel.

As with the 24-inch iMac with the M1 processor, this one should also come in a wide range of colors.

Information about the new MacBook Air follows the same lines revealed by analyst Ming-Chi Kuo. However, they were talking about a small 13.3-inch LED display, a redesigned chassis with new color options and an updated chip.

The new version should arrive in the middle of 2022. Now we have to wait for more news.