Ever since Carl Pei confirmed that his company Nothing was developing a smartphone, rumors about it started popping up all over the internet. Although the device has already been confirmed, details about it are still very scarce.

However, now the first images of what will be the company’s new smartphone may have appeared. According to a new photo posted on the portal slash lexThis reveals the final design of the device.

It seems that the photo was taken during the company’s meeting, where the device will be presented. It is possible to see the same image on the screen where the meeting will take place, with the front panel and a little back. 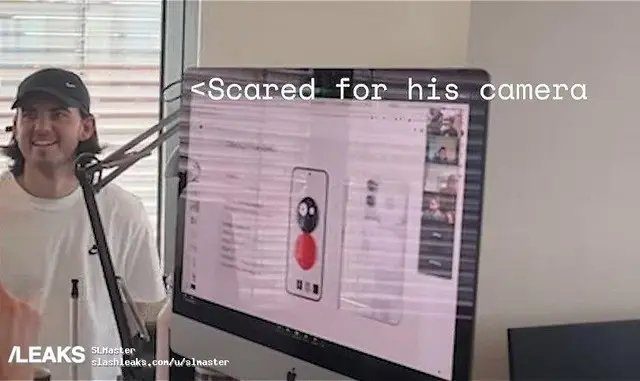 The image seems to confirm that the device will have an almost borderless design on the front screen, with a camera that looks like a puch aperture, in its upper middle.

As for the back, although the image is a bit blurry, it is possible to check the line of the camera module, which is believed to contain three sensors. It is also possible to verify that the structure appears transparent, which is the image of the “nothing” brand for the market.

Unfortunately, it is not possible to reveal more information about the image, even at the hardware level. If we take into account the rumors that have been revealed in recent weeks, we can expect the smartphone to have the latest Snapdragon processor, along with features that put it in the line of premium devices.

It is expected that the official disclosure of the same will take place during the summer, but still without specifying a specific date for that. It is also important to note that all the information obtained so far is based solely on rumors, without official confirmation from the company.