The Tokyo Olympics begin on Friday, one year ahead of schedule. The opening ceremony at the National Stadium in the Japanese capital, which is being held under tight restrictions due to the pandemic, is being watched here to the minute.

The opening ceremony’s organizing committee chose themes from some of the world’s most famous video games to accompany the athletes’ parade.

Japan is the birthplace of some of the world’s largest gaming companies, such as Nintendo or Square-Enix, but also technology company Sony. There, names like Pokémon, Final Fantasy, or the Super Mario universe were born.

1:13 pm – The Portuguese delegation is ready to enter

The French President said, today, that France is ready and working to host the Olympic Games in Paris 2024, after a meeting with the President of the International Olympic Committee in Tokyo, where he was received by the Emperor of Japan.

“We are preparing for Paris 2024 (…) we are working hard,” Emmanuel Macron said after arriving in the Japanese capital where he met the International Olympic Committee.

“We left a good meeting with the President of the International Olympic Committee, Thomas Bach, and we will continue to move forward to prepare our country for the 2024 meeting, with our athletes but also with our children and with the whole society in order to reconcile performance requirements and performance values,” Macron said.

The French head of state said that the health situation remained a concern but that the conditions should not affect sportsmanship.

“Learning to live with the (Covid-19) virus is to preserve the Olympic spirit at this stage, when it is necessary to preserve the values ​​of cooperation,” Macron said, adding that the Olympic Games are an “important meeting” for the lives of athletes.

One of the most symbolic moments of the Olympic Games began: the Parade of Nations begins with the opening of Greece and is held in alphabetical order, according to the Japanese alphabet. Japan, the host, shuts down the procession

Five rings representing the Olympic symbol were installed in the center of the stadium – they were built of wood from trees planted by athletes who attended the 1964 Olympic Games, which were also held in Tokyo. Each ring is four meters in diameter. 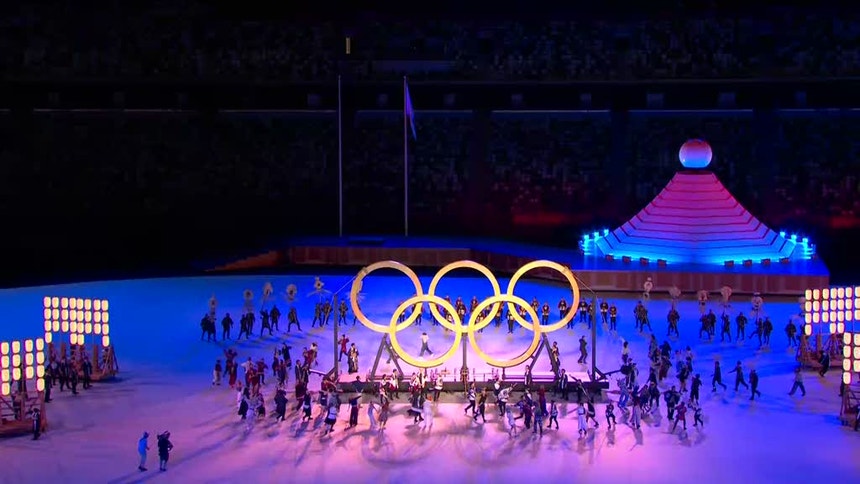 COVID-19 forced the postponement of the 2020 Olympics by one year. Even without an audience, several messages are left at the opening ceremony in honor of the victims of the disease and all those who have lost people close to the pandemic.

During the ceremony, there was a moment of silence for the lives of the victims of Covid-19

After the Japanese authorities and the Olympic Committee began the opening, the flag of Japan, this year’s Olympic host country, appeared on the stage, followed by the country’s anthem. 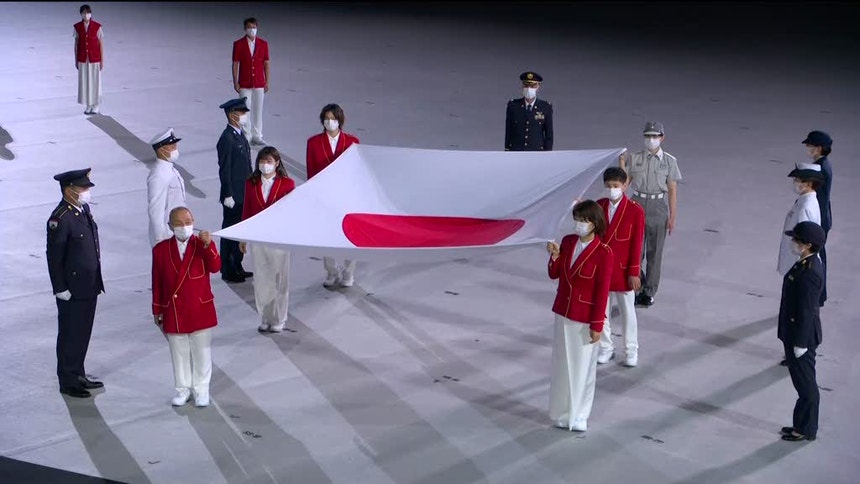 12:00 – The opening ceremony of Tokyo begins

Stay tuned here for all the info about the 2020 Olympics opening ceremony, which is a year late. Also follow the live broadcast of the event on RTP 1.

From the Tokyo Olympic Stadium, the opening ceremony kicks off the 32nd Olympiad of the Modern Era, where 339 champions in 33 different disciplines will be crowned. About 20 of the 92 Portuguese athletes who will be in the Japanese capital will participate in the show.

As usual, Greece will take first place in the Parade of Nations, followed by the Refugee Olympic Team, then the countries in the order dictated by the Japanese language, until France, which will host Paris 2024, and the United States, with Los Angeles 2028 and Japan at the end. In 168th place will be Portugal, with Thelma Monteiro, bronze medalist at Rio 2016, and Nelson Evora, gold in Beijing 2008, as the standard-bearer, for the first time in pairs, in an initiative to promote gender equality.

RTP reporter Joao Miguel Nunes described the atmosphere hovering over the stadium in the Japanese capital. 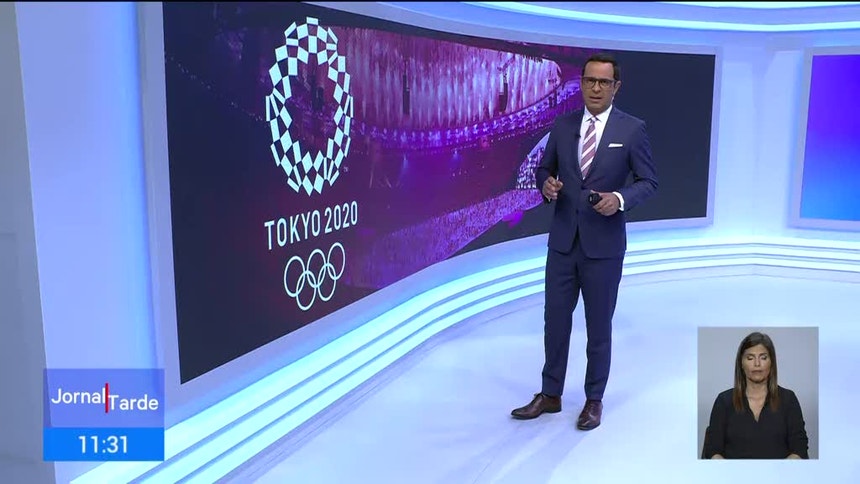 11:37 am – Opening Ceremony of Japanese “Feel” at the door of the National Stadium

Today, hundreds of Japanese gathered outside Tokyo National Stadium to celebrate, from a distance, the Olympics they walked away from, taking pictures and displaying smiles at events along with the five “rings” of the world’s largest sporting event.

“I am very sad to not be able to enter the opening ceremony, and above all, for the fact that Japanese and citizens from all over the world cannot participate in this ceremony,” Miura Nishkefu told Lusa.

This 49-year-old collector came from Saga, “more than 1,000 kilometers from Tokyo,” to exchange “all nations” pins, fueling the illusion and, in turn, “helping to relieve a bit of the frustration of not getting the chance to live with fellow citizens.” from all over the planet.”

He openly came to the Japanese capital on July 17 and promised to “stay until the end”, thereby achieving his “sixth or seventh” participation in the Olympics, a “usually” added to accompany the World Cup finals personally.

He concluded his speech by saying, “These games will not be good and this saddens me because they are bad for Japan’s international image,” while in return he referred to a pin presented to a journalist from Bosnia and Herzegovina who was offered one of them.

The surfer has tested positive for Covid-19. He was set to travel to Japan today, aiming to join Yolanda Hopkins and Teresa Bonfalot and complete the historic group of Portuguese athletes that included a debut.

The Portuguese Olympic Committee and the Portuguese Surfing Federation have already expressed their full support for Federico Moraes. 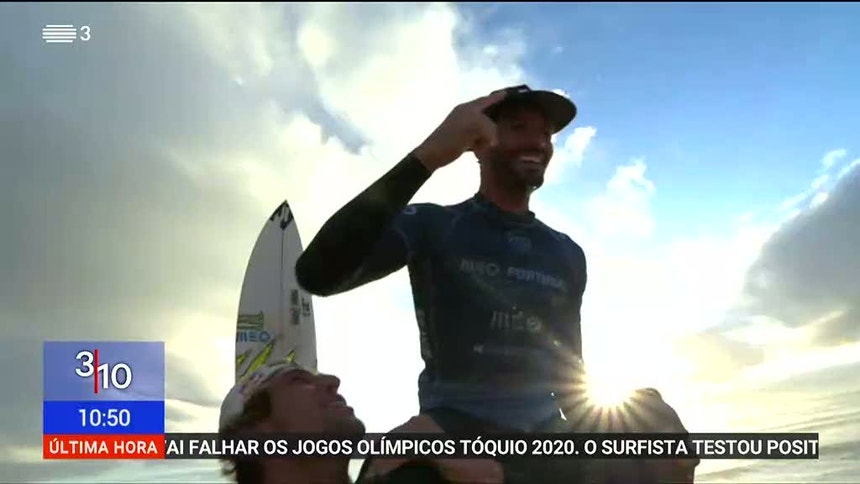 11:00 – Countdown to the opening of the Olympic Games

Reporter Joao Miguel Nunes, one of the RTP’s special envoys to Japan, described the atmosphere on Friday in Tokyo, ahead of the ceremony. 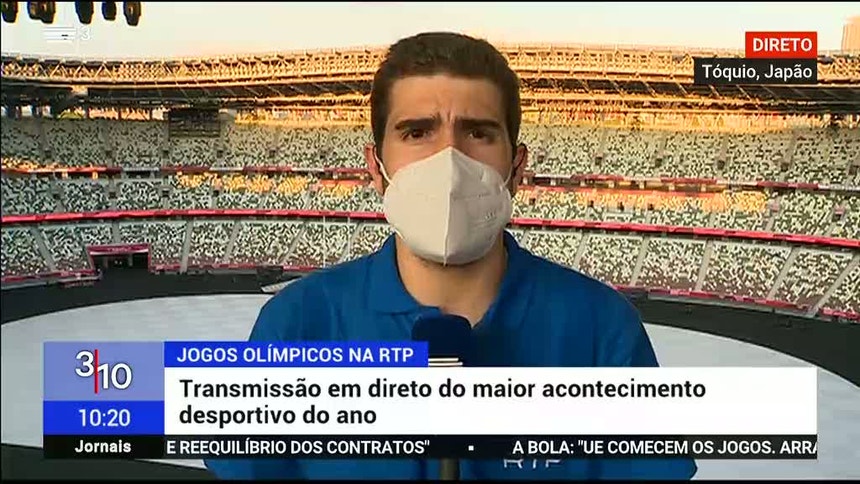 The 32nd Modern Era Olympics – Tokyo after Rio de Janeiro – features 339 athletes from 33 disciplines. The traditional show will feature about 20 out of 92 Portuguese athletes.

Games President Seiko Hashimoto promised an “official” ceremony, in an event marked by the desire to show “recovery and reconstruction” after the 2011 earthquake and tsunami, especially in light of the COVID-19 pandemic.91 confirmed cases of infection among the residents of the Olympic Village, since the beginning of July.

The theme of the ceremony will be “Forward”, under the overall slogan “United by Passion”..

The official opening of the Olympic Games saw several controversies. Cases of racism, sexism and even the breastfeeding of athletes’ children cause embarrassment to the organization. 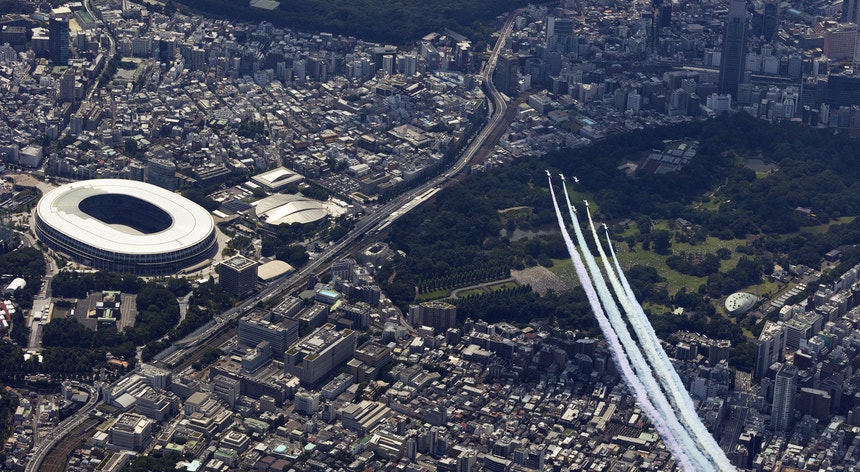 One of the directors of the opening ceremony was dismissed.

Emperor Naruhito is the third in line to open the Olympics after his grandfather Hirohito in 1964 and 1972 and his father, Akihito, who attended the 1998 Winter Games.
Display order
The Greek delegation will be the first in the show. tradition. The Olympic team of refugees and countries follows in the order dictated by the Japanese language, until France, which will organize Paris 2024, the United States, with Los Angeles 2028, and Japan, finally enters..
See also  A BOLA - Jorge Jesus misses a cup match with Porto (Benfica)

On the opening day of the Olympics, more than 1,359 cases of Covid-19 were recorded in the Japanese capital, facing a wave of infections. The day before, 1,979 infections were reported, the highest daily number since January.In 168, Portugal, with Thelma Monteiro, entered bronze in Rio, in 2016, and Nelson Evora, gold in Beijing, in 2008, as standard-bearer., for the first time in pairs – which aims to promote gender equality.

Then, about two dozen Portuguese athletes attended a parade that saw fewer athletes allowed. again due to the pandemic.
Costa’s message to the Portuguese delegation…

The Prime Minister took to Twitter last Friday to send a “message of pride and confidence” to the Portuguese athletes’ delegation.

On the official start day of @Olympic Games #Tokyo 2020 I send a message of pride and confidence to everyone #Portugal_team. Wear the colors of our flag, our courage, our determination and our dedication in your blood. We believe in your will to win. #LetsGoPortugal

Antonio wrote: “The doubts and difficulties imposed by the pandemic strengthen our support for the entire delegation and prove your exceptional ability to overcome difficulties. The Portuguese enthusiastically accompany you. We believe in your success. We share the same dreams. Good luck!” straight ahead.

…and Rosa Motta’s message
The 1988 Seoul Olympic marathon champion also sent a letter on Friday to the Portuguese athletes, claiming to accompany them “with all her soul”.


“Due to the Covid-19 circumstances, I chose to stay at home, but all my soul will be with you. I hope you can have as good an Olympic experience as mine.”Rosa Motta announced in a letter published by the Portuguese Olympic Committee.

And so Rosa Motta remembers being with the Portuguese expedition at every Games since Atlanta, in 1996, after her 1988 gold-medal run, and four years earlier, taking a bronze in Los Angeles.
Portuguese medals 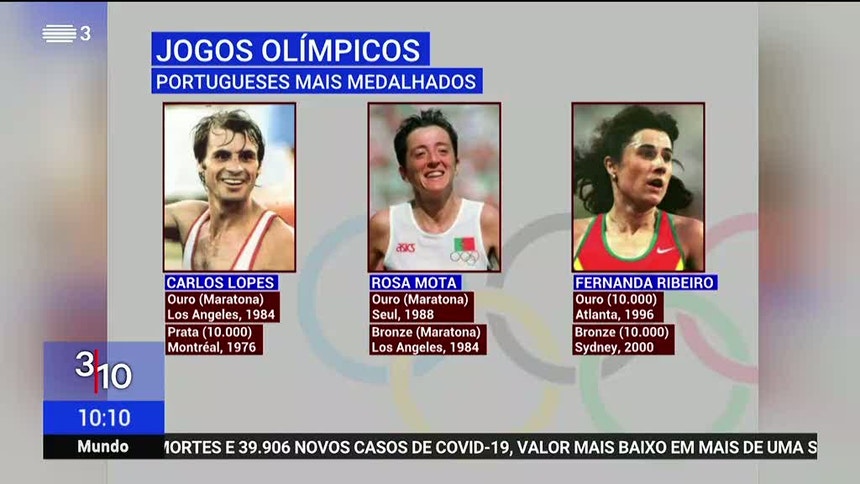 An ‘old relationship’ from Sporting could cost 15 million