The municipality runs the Men’s Health Programme, which treats not only prostate cancer, but other diseases common in males 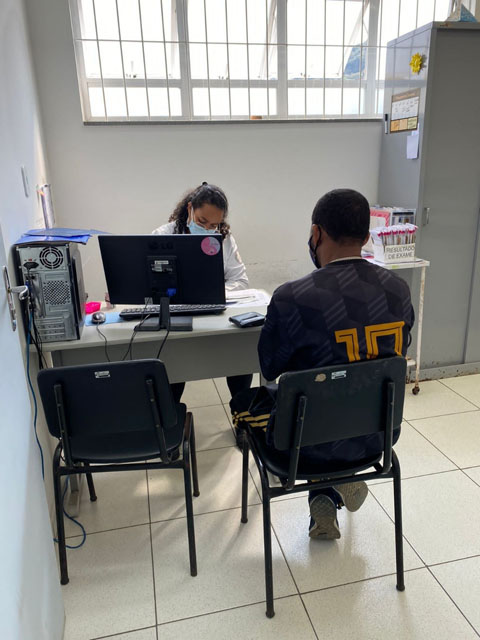 A survey conducted by the Instituto Lado a Lado pela Vida in 2019 and the journal Saúde (Grupo Abril) revealed that 37% of men up to the age of 39 and 20% of those over the age of 40 only went to the doctor when they felt unwell. This lack of caring for the body itself helps explain why women have a life expectancy of 7.1 years longer than the opposite sex, according to IBGE data. This month celebrates Blue November, a time to raise awareness about prostate cancer, which is the second most common (after only non-melanoma skin cancer). But it can also – and should – be a time to rethink healthcare for the male population and move from the bottom of the list.

“Our job is to demystify this human culture, and only look for help in the health service when something is really at a more advanced pace. We strive to bring men closer and get them to create healthy habits sooner,” highlights the Technical Area Coordinator for Men’s Health at Ministry of Health, Maria Eduarda Bussato.

She is one of those responsible for the city’s Men’s Health Program, which aims to develop procedures and define strategies to ensure their access to health services. One of the tasks of the program is to encourage consultations and periodic examinations. And the range of concerns is wide, because many diseases are more prevalent among males.

This month for example, in addition to prostate cancer, work on awareness has been expanded to include hypertension, diabetes and sexually transmitted diseases (STIs), as well as attention to issues of alcoholism, smoking and external causes involving traffic accidents.

“We also draw attention to partner antenatal care, where we bring the man and pregnant woman to the appointment and encourage him to get used to taking care of himself, taking tests, taking quick tests and knowing his family history. Bringing this father together for active parenting is one of our tasks as well,” says the coordinator. .

The D-Day of the Blue November will be in Petropolis on November 27, with services targeting the male audience at more than 40 health units. In addition, on the 26th, a “pit stop” will take place in Praça D. Pedro, in the center, with procedures in Men’s Health.

The importance of maintaining healthy habits

A survey two years ago revealed very disturbing information: 35% of respondents said they exercise less than three times a week. Nearly 80% reported that they exceeded consumption of sugar, fat, salt, or processed foods; And 23% said they frequently replaced a query with online research – in the latter case, the financial problem is one of the biggest hurdles, notes Lado a Lado pela Vida.

This institute was responsible for bringing Novembro Azul to Brazil, in 2011, along with the Brazilian Society of Urology (SBU). Created in Australia, the movement aims to raise awareness among men about risk factors, symptoms, forms of detection, treatment and other information about prostate cancer, a disease that affected more than 65,000 people in 2020 and resulted in nearly 16,000 deaths. , according to the National Cancer Institute. The campaign highlights the importance of adopting healthy habits over his health.

“It has been shown that a diet rich in fruits, vegetables, legumes, grains, grains and whole foods can significantly improve the problem of chronic non-communicable diseases. In this sense, other healthy habits, such as physical activity, maintaining an adequate body weight, not smoking, and avoiding consumption of Alcohol. These are all forms of prevention. When you create healthy habits, you end up becoming a prevention of what could happen. “These are not easy things, but they are strategies to put into practice,” says Maria Eduarda Busato.

Age is a risk factor for prostate cancer

The prostate is a gland located under the bladder and in front of the rectum, and its function is to produce part of the fluid that consists of sperm. Tumor development is more common among the elderly, but men should start to worry earlier, at 50 years of age or 45 years in the case of the black population, obese people or people with a family history of this cancer, as recommended done by the SBU. Some characteristics of this disease often hinder early diagnosis.

“Cancer can have a silent development, precisely because a person does not know what is happening. Many patients do not have any symptoms, and when they appear they are similar to benign prostatic growth, which is difficulty urinating, the need to go to the bathroom several times during the day or Night, and in the more advanced stage it can happen. It causes bone pain, stronger urinary symptoms and generalized infections such as kidney failure,” explains Men’s Health Technical Coordinator.

See also  Dedicate hours to examine the ends of the universe

The disease is diagnosed by a blood test to assess the dose of prostate-specific antigen (PSA) and a digital rectal examination, an assessment based on the urologist.

4,000 cases of skin cancer have not been diagnosed in the epidemic