Scientists from China and the United States have just recorded a milestone in the field of stem cell research: They have injected human stem cells into the blastocysts of monkeys (the early structures of embryonic development in mammals). In the experiment, the team led by Juan Carlos Izpisua Belmonte was able to preserve the life of some embryos made of two different genes for up to 20 days. These “mixed” organisms are also known as chimeric chimeres or interspecific chimeras.

Izpisua Belmonte and his team at the Salk Institute for Biological Studies in California collaborated with a group of Chinese researchers led by Weizhi Ji at Kunming University of Science and Technology in Yunnan. The study on chimeric human and primate embryos was published this Thursday (4/15) in the popular scientific journal. cell.

Mammalian chimeras have been engineered since the 1970s to study early developmental processes. The difference is that at that time, scientists used rodents, and inter-species organisms did not survive for a long time. The big step that made the new study possible came last year, when the Chinese team at Kunming University developed a technique that allowed monkey embryos to survive and grow outside the body for an extended period of time.

“Historically, chimeras production in humans and other animals has been hindered by the decreased efficiency and human cell integration in the host species,” said Izbiswa Belmonte. The progress is now posted on cell It will help scientists to better understand how chimeras work, and thus how to improve them for future research.

The initial stage of the fetus, with genetic material from humans and monkeys

Successful experience – but to what end?

Mixing human stem cells with animal genetic material is an important interference in the course of nature, but researchers say they have good reasons for this.

See also  Study identifies new species of Barbero capable of transmitting Chagas disease; The discovery was made by researchers from Fiocruz

“Since we cannot conduct certain types of experiments in humans, it is imperative that we have better models to study and understand human biology and diseases more accurately,” explained Izpiso Belmonte.

On cell, The study authors further state that their work in generating chimeras with human stem cells “may constitute a promising strategy for various applications of regenerative medicine, including the generation of organs and tissues for transplantation.”

However, the work of Izpisu Belmonte and his colleagues was severely criticized.

“I think the quality of the research is very low,” said Alfonso Martinez Arias, Associate Professor of Genetics at the University of Cambridge, commenting on the study submitted to the UK Independent Scientific Media Center. “It is impossible to see what they say there,” said Martinez Arias, based on the data provided by the researchers.

cell It is a peer-reviewed journal, which means that every published study goes through a rigorous process whereby a committee of scholars analyzes the materials and findings presented by the study authors. The fact that the work of Izpisu Belmonte has been published in cell This means that none of the experts who reviewed it shared her concerns. 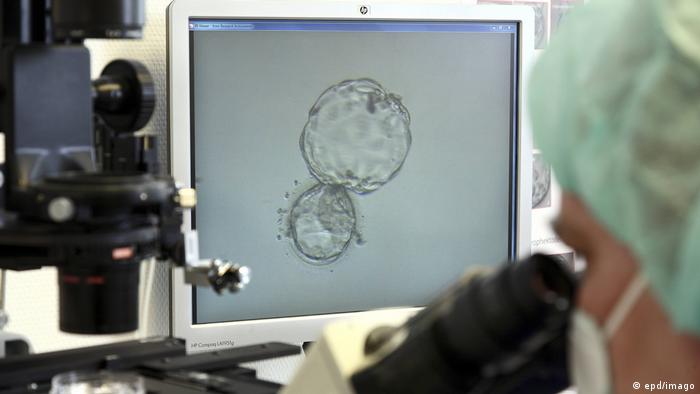 What is a human being?

The experiment also raises ethical questions. In the current study, the embryos could not survive for 20 days. But what happens when science finally reaches the point where creatures like these become fully evolved beings?

“This research opens Pandora’s box for the human and non-human races,” said Julian Savulescu, director of the Uhiro Center for Business Ethics at the University of Oxford, commenting on the Science Media Center. For him, the primary ethical question has to do with what kind of creatures these creatures will be – how far can they think and feel? Is it acceptable to remove organs that have grown for transplantation from these organisms?

“What is the moral status of these new creatures?” Savulescu asks. “Before any experiment can be performed on chimeras born alive, or through the harvesting of their organs, it is essential that their lives and mental abilities are properly assessed.”

“This discovery reinforces an increasingly undeniable fact: biological classes are not static – they are fluid,” she said in her Science Media Center commentary. “The scientists behind this research say that chimeric embryos present new opportunities, because we are“ unable to perform certain types of experiments on humans. ”But whether or not these embryos are human.