Referring to the “so-called demonstration that called for the stadium area” in Alvalade, the Minister of Internal Administration stated that: “We are facing a clear misuse of the right to protest.”.

In a press conference, Eduardo Cabreta stated that this abusive use “has nothing to do” with the framework in which the right to demonstrate is “usually exercised”, ie for political, union or religious reasons.

“I therefore decide that the General Inspectorate of Internal Administration which identifies this problem, Drafting a draft request for an opinion to be submitted to the Advisory Council of the Attorney General’s Office on the legal limits And the competent authorities with regard to organizing demonstrations that seem clearly inappropriate for the goals that protect the basic right to demonstrate,” the government official said.

The office of the Ministry of Foreign Affairs, in conjunction with the Presidency of the Council of Ministers, will also prepare a proposal to review the decree-law regulating the exercise of the right to assembly and demonstration.

IGAI will investigate the conditions of the agglomeration

Eduardo Cabreta also mentioned that while Inquiry process report Introduced in May at celebrations promoted by Sporting, there was a “lack of cooperation” on the club’s part to requests made by IGAI.

“The vigil was carried out with a very diverse number of institutions” and They all cooperated, except for SportingWhich “did not respond to any of the requests for clarification made by IGAI,” the minister said.

Also according to the minister, Sporting did not comply with the recommendations to create a security perimeter through the rails, monitor people and inspect the rules in force at the time.

READ  Lukaku: "In the 10th minute, let's get the ball out and applaud Ericsen"

“That’s why, IGAI is determined, henceforth, in an independent process, where circumstances (…) have allowed to gather a large number of supporters In the area around the stadium it was noon on May 11.”

As for PSP’s performance during the festivities, the minister wanted to highlight it “Particularly difficult circumstances in which public order has been ensured” by police authorities. Eduardo Cabreta praised the “professional competence of the PSP staff” and announced that the disciplinary dimension in the process had been postponed.

In a press conference on Friday, the Inspector General of the Internal Administration announced that “in light of the complexity of the investigation process”, IGAI affected three inspectors “exclusively for this investigation”, with a 60-day deadline set..

Annabella Cabral Ferreira stressed that the decision is an “effort for IGAI,” adding that one of the inspectors assigned to the investigation is a judge exercising the functions of an inspector at IGAI. 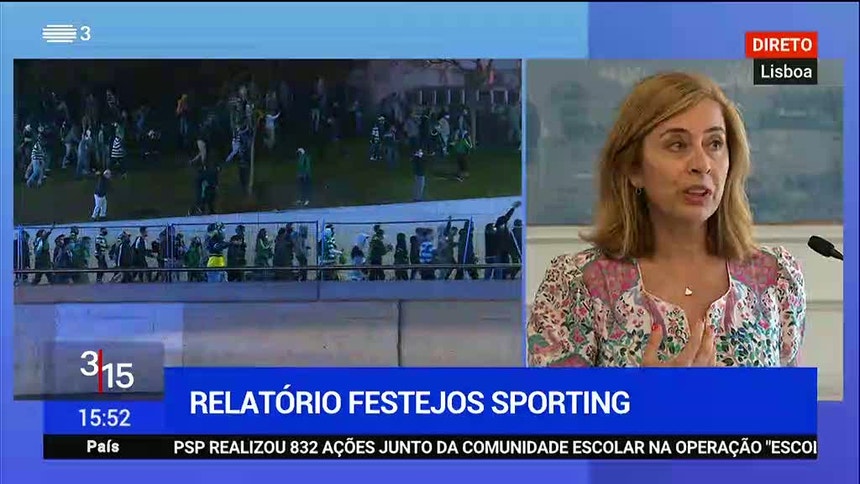 The inspector, like Eduardo Cabreta, highlighted the complexity of the PSP’s work on Sporting’s night of festivities. “[A PSP] She accomplished her mission (…), which was in a very difficult situation “due to the epidemic and the number of people on the streets,” he said.

Therefore, with regard to the performance of the Public Security Police, the conclusion of the Intergovernmental Authority on Public Security is that “globally, There are no grounds to sue of a disciplinary nature.”


However, IGAI recognizes that, “At another point, the PSP may have acted in a way that could have been better, it is true that they did.”.

Sporting was crowned Portuguese football champion on May 11 for the 19th time, 19 years after the last victory, and clashes occurred during the celebrations between his supporters and the police.

Thousands of people gather near the stadium and in some streets of Lisbon, Breaking the rules of disaster situation due to the Covid-19 pandemicNo more than 10 people are allowed to walk on the public road, nor to drink alcoholic beverages on the street.

Most supporters also failed to comply with public health rules by not respecting social distancing, nor the mandatory use of masks.

At the time, the PSP noted, in a statement, that the sports fan celebrations in some places in Lisbon resulted in “Relevant changes in public order” and that it was necessary to strengthen the police “To restore public order and tranquility” and “contain chaos” which consists in “throwing dangerous objects in the direction of the police, including glass bottles, stones, and pyrotechnics, which also hit other citizens.” 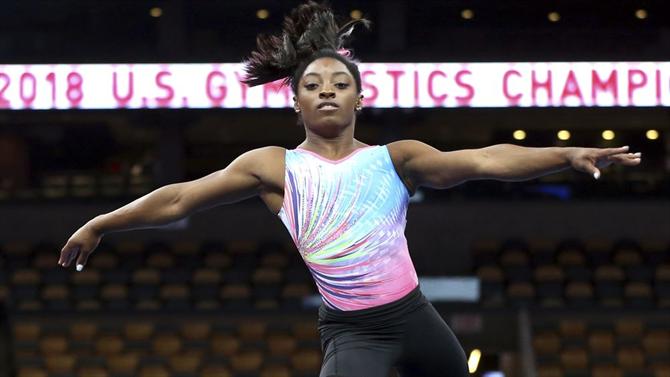