The Cary Cabral Hospital, in Lisbon, announced last Tuesday that it had performed robotic surgery for cancer of the head of the pancreas for the first time.

This innovative surgery allows the patient to recover faster and with less pain.

Automation: the robot allows movement that does not have a jerk, more precisely ...

The nation's first robotic pancreaticoduodenectomy was performed on Tuesday to a 58-year-old man, with a less aggressive, though malignant, subtype of pancreatic head tumor, called an ampullary tumor, and the surgeon performed the procedure. Emmanuel Vegia reveals Lusa.

The possibility of performing this type of surgery using less invasive methods, in this case robots, represents a very good perspective for patients, in the sense of getting a better recovery than surgery that is usually very intricate and invasive. 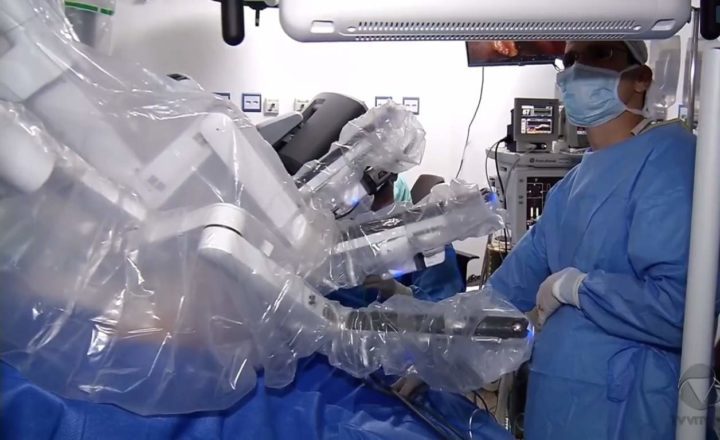 Using a robot makes the procedure possible with five punctures of up to one centimeter each, he explained, "It's much less aggressive" and more precise.

It is surgery with greater precision, because the robot allows movement that does not contain a jerk, more precisely, with a visualization of the anatomy and structure that is enlarged 10 times in high resolution. Therefore, it allows the enlargement of the human eye in a slightly different manner than that which occurs in conventional surgery.

Robotic surgery has been performed at CHULC since November 2019, the year the first equipment of this type appeared on the National Health Service, according to information from the hospital centre.

Robots are already being used in urology, colorectal cancer, surgical treatment of obesity, gynecological diseases, and diseases of the liver, biliary tract, and pancreas.