However, there is now information that the dedicated model MSI GeForce RTX 3090 Ti is listed at a starting price of 3,129 euros and can go up to nearly 4000 euros. This is about 30% higher than the non-Ti RTX 3090.

The price is not good at all and probably higher than you might expect for this powerful new graphics chip from Nvidia. According to what was discovered, the value starts from 3129 euros and can reach almost 4000 euros, which is a practically unimaginable price for many consumers. 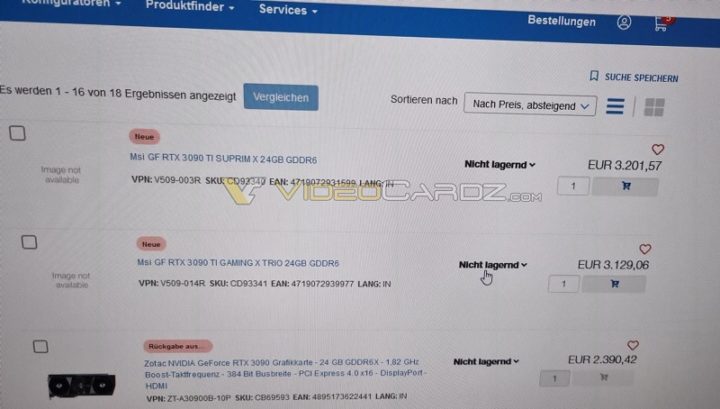 In particular, the following prices were noted:

In the first screenshot we see the Nvidia GeForce RTX 3090 model available from Zotac for 2390 euros. In this way, we conclude that the price of the new Ti model is about 30% higher than its older sister.

On the other hand, according to the information we disclosed yesterday, it appears that Nvidia will order its partner brands. Temporarily discontinued manufacture of the RTX 3090 Ti. The cause could be hardware or software (BIOS) issues with early production models.