The latest Eurostat figures are tough on Portugal: Last year, a quarter of the self-employed in the EU were at risk of poverty or social exclusion. In Portugal, they are the third. Only Romania shows the worst in the picture. The European Statistical Office revealed that “at the national level, in 2021 Romania, Portugal and Estonia had the highest proportion of self-employed people at risk of poverty and social exclusion (70.8%, 32.4% and 32.2%)”. The instability of work for green receipts and without a contract in the country. On average across EU countries, the situation has also deteriorated, but not to the same extent. According to the data released, compared to 2020 and the analysis of the categories of “unemployed”, “pensioners”, “employed” and “independent worker”, the latter was the only one that recorded a deterioration in poverty, moving from 22.6% to 23.6%. In contrast, the poverty situation of the self-employed improved in 11 countries, with Ireland and Hungary recording the largest declines in these rates from 2020 to 2021 (-3.2 and -3.7 percentage points, respectively).

For Henrique Tomé, an analyst at XTB, this data “reflects the precarious state of the labor market in Portugal,” he says, explaining that for companies, “hiring new contract workers becomes very costly, especially for SMEs, affecting many One of the companies is to use green receipts as an alternative.. “But for the worker, the conditions are not the best, because he is more exposed to the prevailing economic conditions and with less support in the event of dismissal.”

So, the analyst has heard before Sunrise He has no doubt: “This scenario is dangerous and must be taken seriously, because if economic conditions deteriorate, it is natural that the labor market will be damaged and can create a critical situation.”

To change this trend, many things can be done, says Henrique Tomé. “It is necessary to create conditions to protect the self-employed, but also to support companies so that they feel motivated to hire new contract workers – the alternative would be to reduce the costs that companies have to insure.”

However, it is necessary to take into account that this Eurostat data indicates the year 2021. However, it is not very encouraging, because it already shows a deterioration compared to 2020. What will the balance of this year and the next be? The analyst answers: “It is possible that the next few years will certainly be difficult for all economies, given that the economic outlook indicates a possible slowdown in economic activity and this could cause periods of deep recession for the most vulnerable economies, such as Portugal.” from XTB.

danger? Portugal is rooted in the tail of Europe. “This potential scenario further exacerbates the divergence between the larger and more fragile economies,” warns Henrique Tome, adding that despite “the European Commission’s initial forecast that Portugal will be the eurozone country with the highest growth rate in the world.” GDP, the fact is that the country is still growing at a very modest pace and the pace of growth has actually slowed down over the past few years.”

Given the worst-case scenario, a recession, “The Portuguese economy is likely to be hit hard, as economic activity continues well below expectations and the country has very high debt compared to what it produces (GDP), at this point. The issue of the epidemic has further aggravated,” the analyst warns.

See also  cost of living. Lisbon falls in the table, behind Madrid and Barcelona

When asked what consequences this Eurostat data could bring, the specialist had no doubts: “We may again witness periods of greater austerity in the country, if the scenario of recession in Portugal materializes” but, for the time being, “not at all. red flags It has been raised, but at the same time we cannot rule out this possibility.”

Henrique Tome continues that it is true that the Portuguese economy “is burdened with debt and with inflation remaining high, economic activity must be affected and can cause periods of economic deflation (recession)”.

It is also necessary to bear in mind that this data from the European Statistics Office on poverty is not unexpected news. Eurostat had already warned that the pandemic had caused Portugal to rise from 13th to 8th in the list of European countries most at risk of poverty or social exclusion.

It is clear to the analyst that the country “has a big problem – it is not paying due attention to the private sector that creates wealth”. But not only this. “It does not create the necessary conditions for the growth of the private sector and promotes instability in several sectors, which leads many highly qualified workers to choose to emigrate.”

On the other hand, he says, “a high tax burden also drives investment away from many companies and does not promote the growth of the business fabric at all.” These are, in his opinion, “two factors which have been neglected during the past few years, but which are necessary for the national economy to begin to grow at an attractive rate.”

According to Eurostat data, in absolute numbers, we are talking about 2.312 million Portuguese people at risk of poverty in 2021, an increase of 256 thousand compared to 2020. It is necessary to go back to 2017 to find a higher rate. Portugal is now the eighth poorest country in the European Union and has fallen five places in terms of risk of poverty or social exclusion compared to 2020.

As food and energy prices grow, the situation tends to deteriorate. Recently, the European Anti-Poverty Network (EAPN) Portugal argued that the support measures to mitigate the consequences of inflation, introduced by the government, are “not the optimal solution”, although it is “important” that the executive branch assumes their “functions”. “I imagine and feel that this is not a perfect answer. We are a poor country and we have to know how to deal with our limitations” losa President of EAPN Portugal, Father Jardim Moreira. 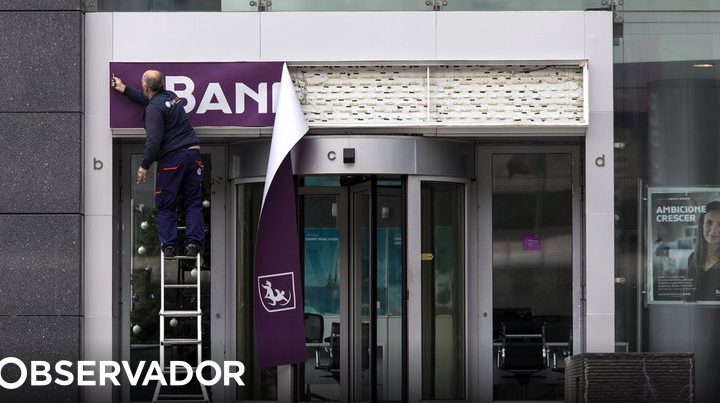 Banff. “New data”, poorly read messages and “preference”? Is there something new for the Public Prosecution Service (and Parliament) to investigate? – observer