In addition to a competitive market in the field of smartphones, there is, in parallel, another environment of intense competition in the field of applications. These try to attract users to be present at all times and thus have a high usage.

If even Facebook completely dominated this market, the past few months have revealed new facts. TikTok has earned a spot at the top of this area and is increasingly in the field. There are still others that are growing and leaving behind the offerings of the largest social network on the Internet.

The application market is on the rise

Although it is not new in the field of apps, TikTok has grown in a unique way over the past few months. Gone are the problems that the previous US administration tried to impose on this social network that questioned its availability.

This move turned out to be beneficial for TikTok, which gained users and ended up growing globally. This scenario is now visible again Latest data for October 2021. 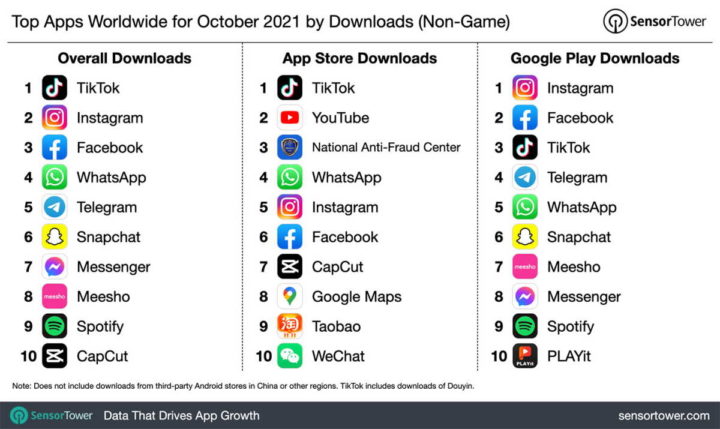 Although it only dominates the Apple App Store, its global position does not fail to place this social network app at the top of the global show. With the help of the third place in the Play Store, TikTok is the app with the most downloads.

TikTok's stature has been achieved with more than 57 million downloads and installs on smartphones. The main markets in which these numbers were achieved were China with 17% of downloads, followed by the USA which was responsible for 11% of these installations. 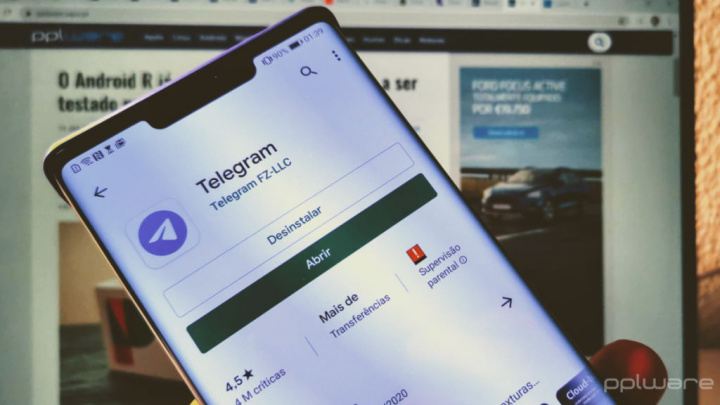 If the TikTok scenario is already known, it seems that others are forming in this very aggressive and competitive market. We now have more evidence that messaging apps seem to be gaining traction and are leaving Facebook's proposals behind. This is what we can see as Telegram manages to overtake Messenger in terms of absolute downloads.

Interestingly, and completely out of context, we have a new app growing on the Apple App Store. We are talking about the National Anti-Fraud Center, which has already reached the third place. This is a Chinese app dedicated to filtering incoming calls and spam messages on your smartphone, as well as blocking malicious apps.