The new smart band from Xiaomi has been a growing topic and the Mi Band 7 was scheduled to be presented yesterday. Rumors and new information were increasing and appearing at a high rate on the Internet.

This novelty was finally introduced, but the changes are not deep, and yet they still put Mi Band 7 and Xiaomi in a prominent position in the market.

Mi Band 7 has brought many expectations for Xiaomi customers. Many were waiting for the new version and all the news and improvements that it will bring. The bar was high and the rumors were pointing to something else entirely.

What was presented yesterday was halfway to what was expected and even desirable. There is still an obvious development, but the idea seems to be to focus on what users want. Thus, we have a larger screen, a larger battery and new monitoring and training functions.

The image that we are used to seeing on this Xiaomi smart band is still present on the Mi Band 7, in a visual way. This year we have an increase in the screen, but without affecting its design too much. We went from 1.56 inches to 1.62 inches on the AMOLED screen, and this change makes it thicker and less elongated.

In resolution, we also get an improvement when going to 192 x 490 pixels and likewise, the brightness increases up to 500 nits. Undoubtedly, a great novelty of Mi Band 7 is the "Always-On-Display" access, which will allow you to display information even with the screen off. 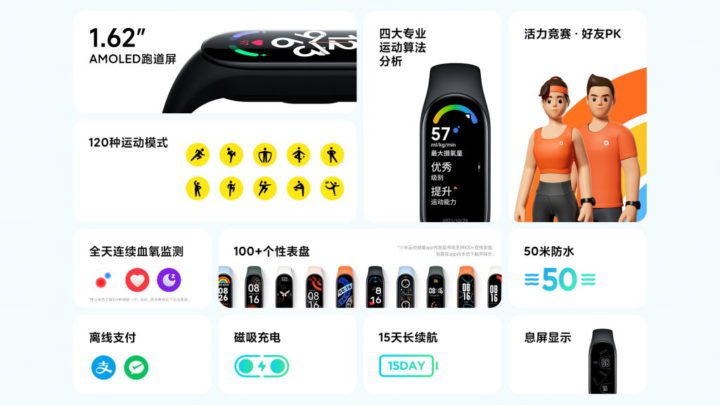 Sensors include continuous pulse oximetry and blood oxygen (SpO2) measurement. There is no shortage of sleep quality measurements or the ability to use the bracelet for camera shooting. The existence of NFC for mobile payments remains in a specific version. Unfortunately, and contrary to what has been said, Mi Band 7 still does not have GPS.

When it comes to recording sports activities, Xiaomi has taken a step further, starting to recognize up to 120 different activities. Finally, and in the battery area, there are noticeable improvements, now at 180 mAh, compared to the previous 150 mAh. Perhaps without major changes, since it has a larger screen. 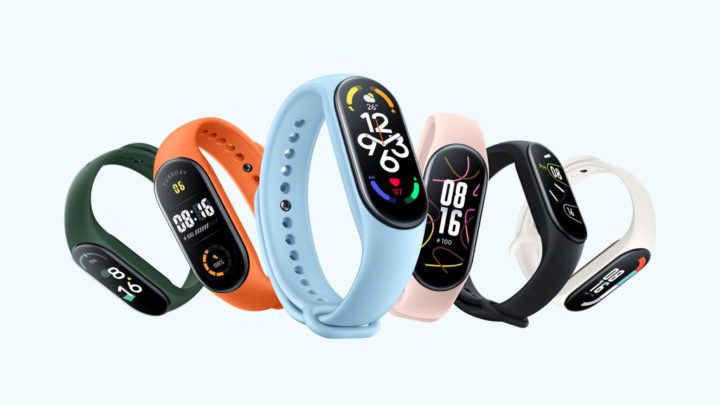 The new Xiaomi Mi Band 7 has now been introduced in China, although it is expected to hit the global market in the coming months. In its home country, this Xiaomi smartband can be purchased at a starting price of 239 yuan, about 33 euros in a direct exchange. The NFC version will be 279 yuan, which is about 39 euros.

This is how the new smart band from Xiaomi is known. Mi Band 7 has new arguments and promises to maintain its strong position in the market. High sales are expected to continue and to demonstrate the value of this smart range to consumers.