It seems that Google is focusing more and more on improving some details about the YouTube Music streaming service, and recently some news has been confirmed in this regard.

According to a Reddit user discovery “MoistTart3258YouTube Music is preparing a new interface that will make it easier to find songs on the service, especially those on devices with large screens, such as tablets.

For now, the novelty seems to focus on the albums page, with the album art now appearing in the middle and top of the page, more prominently, and at a larger size than usual. The artist name and album release date are also highlighted in this section. 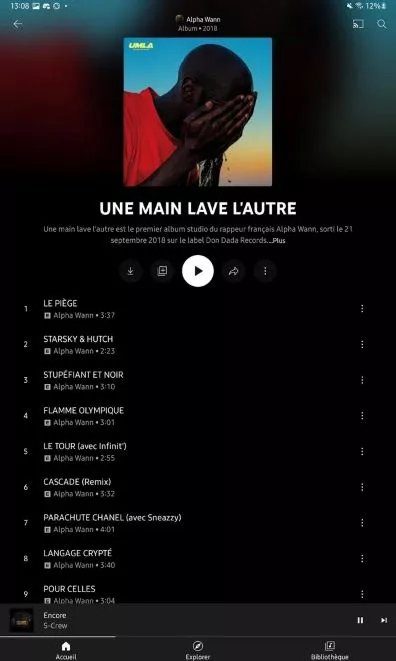 There are still the traditional buttons for carrying out various activities, such as playing all the content or adding the album to the transfer list. The sharing menu has also been reworked, which indicates that the company is placing a new focus on this social feature.

The new design appears to be currently being tested, and not all users should check it out. Even if it’s a small change to YouTube Music, it will definitely be something that will help users have a simpler way to access content – and ultimately this is something new for a platform that usually doesn’t get enough attention.

See also  Google Assistant will save our accounts on websites!