Minigames are as old as video games themselves, but they have grown ever-so detailed and compelling over time. Side quests are now more immersive than ever in open-world games. Some minigames have even grown popular enough to spawn standalone entries. Putting aside the blockbusters, though, more than a few minigames have made a mark on gamers for their unusual spin on the genre. Let’s dive into these unexpected yet incredibly enjoyable minigames.

Nathan Drake may be a badass treasure hunter, but he’s just a gamer like the rest of us. At least, that’s what Naughty Dog would have us believe with this surprise Easter Egg in chapter four. Before embarking on yet another risky mission, Drake sits down with Elena at an old TV for a night of vintage gaming. And the studio went full meta on this minigame, treating players with a complete level of the first Crash Bandicoot on an old-school PS1 modelled in-game.

Crash Bandicoot was no random pick, however. Naughty Dog developed the first three entries of the iconic series. A nostalgic nod to the good old days, this hop back in time is one of the most touching moments in the game. Do not expect to come out on top of Elena, though. Her score will prove hard to beat.

All Yakuza entries have a storied reputation for putting some of the most fun minigames out there. And the upcoming eighth instalment in the freshly rebranded Like a Dragon franchise will undoubtedly see its fair share of quirky side missions. But when it comes to minigames, gamers can expect everything from the standard to the frankly bizarre.

Introduced in Yakuza: Like a Dragon, the survival can collection quest kickstarts one of the most unusual premises for a minigame. As the name infers, your goal is to collect discarded cans on a bicycle ride across town. The more cans you get, the more points you may redeem for items. This early minigame is also instrumental for the storyline to progress, although you may have to fight fellow homeless people along the way.

Undertale took the world by storm in 2015. This indie gem even beat Ocarina of Time at the Best Game Ever contest. Its fresh and dark-humoured take on the role-playing genre delighted seasoned gamers. Undertale also hid plenty of well-hidden secrets, including when its credits roll. First, players must complete the True Pacifist Run to unlock the True Pacifist credits sequence.

Upon achieving this hard-to-earn yet happy ending, the credits feature every monster encountered so far. Do not get too comfortable, though, as the sequence quickly turns into a bullet-hell segment. While dodging all these flying credits may be rewarding enough, another surprise awaits. Completing this ending minigame is the only way to unlock the Mysterious Door within the Snowdin Forest and find the Annoying Dog’s abode.

In the middle of a zombie outbreak, one would think survivors may not feel in the mood for table games. But even Clancy and his gang need to get their entertainment fix. Only their version of classic games might take on a slightly sadistic turn. The Banned Footage Vol.2 DLC to Resident Evil 7: Biohazard offers players to literally try their hand at a Blackjack-styled minigame, as Clancy must get as close to 21 not to get his fingers chopped by a makeshift guillotine.

The survival horror series had already ventured into gambling territory with Resident Evil: Resistance’s casino map. And it’s no surprise, as casinos have become staples of other hit series like Fallout and GTA. Casino minigames have been especially popular in regions with gambling restrictions, like the MENA. But in recent years, websites like online casinos in Bahrain have made up for the lack of land-based casinos. Gamblers can find a wide range of games, including machine slots and live dealer sessions. They may also claim hefty bonuses like free spins and welcome offers. And comprehensive security and anonymity measures allow players to gamble in a much safer fashion than Capcom’s iconic zombie-fighting protagonists.

Minigames are always a fun addition, but some of them stand out for their creativity. So, whether you’re into meta humour, unexpected retro throwbacks, or high-staked adrenaline rushes, give these entries a try. 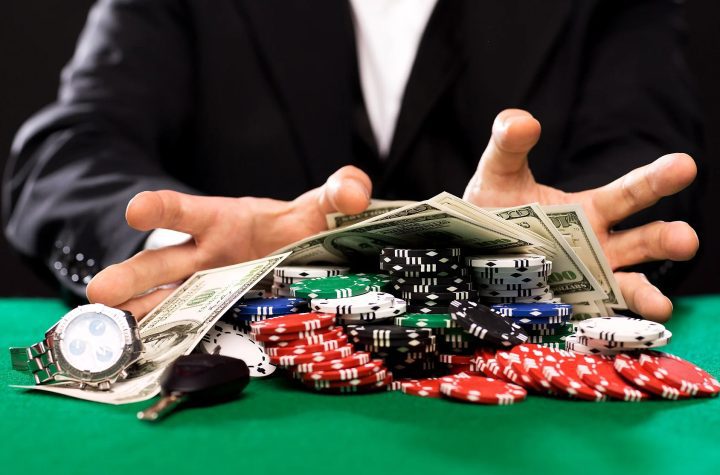 Hashtag Gambling Twitter: How the Platform Became a Key Source for Bettors