Although it hasn’t been officially launched in Brazil, many users already have a chance to try out Steam Deck, Valve’s new console. Described as a “laptop”🇧🇷

And because it’s capable of running many high-quality games, the device isn’t immune to the dreaded overheating, but Unitek seems to have found a solution to the problem.

Overheating of mobile devices has always been a problem, as it not only causes discomfort during use but also greatly affects the performance. Unfortunately, Steam Deck is not immune to this problem.

Unitek seems to have found the solution with Cooler Dock Pro for Steam Deck. That’s basically Valve’s official dock bolstered with a thermocouple — like the one that comes with the ROG Phone 6D Ultimate — in the back. 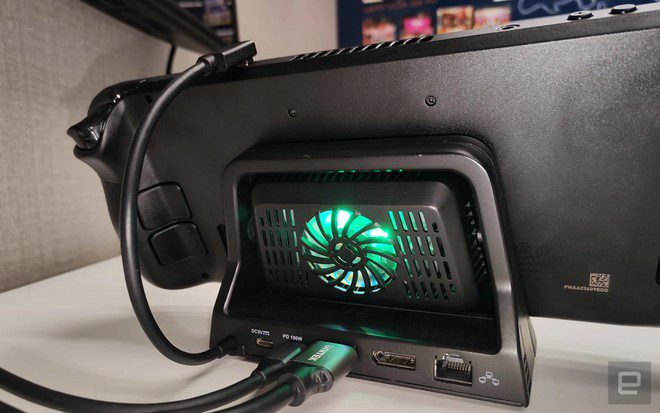 Much like the official base, the Unitek Edition cools your Steam Deck — or any handheld device — with a soft silicone strap, and there’s a short USB-C cable dangling from the back to connect to the console. The thermoelectric radiator, RGB backlight fan and metal contact plate are housed in a hinged unit, allowing the tilt angle to be slightly adjusted with Steam Deck support.

Unitek has added an extra USB-C port on the left, which is for the cooling unit. If you just want to use the cooling function on the go, ie without monitors or accessories attached to the base, just plug a power bank into this input.

See also  Fantasy Tower is getting a Portuguese dub in Update 2.1 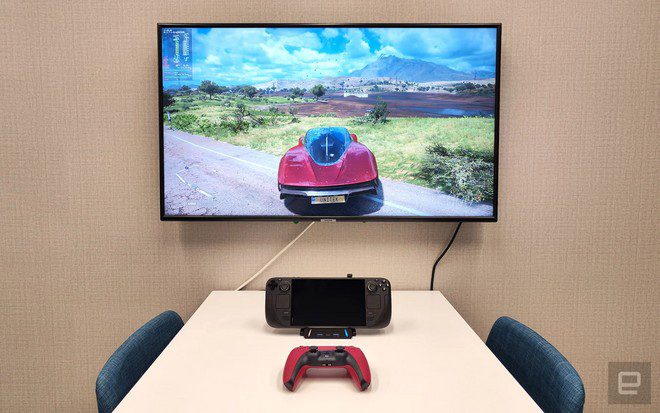 Unitek claims that when running Apex Legends, the average surface temperature of the Steam Deck was around 46°C, but when used with Cooling Dock Pro, that number dropped to 34.5°C. When testing Forza Horizon 5 on ultra graphics settings, the Steam Deck usually fails to start the race, but it manages to last about six minutes in Cooling Dock Pro.

The Unitek Cooling Dock Pro is available for $119 to pre-order now and should start shipping in December. There’s also a cheaper $89 cooler base for those who only need an HDMI 2.0 port (limited to 4K and 60Hz).

So, what do you think of this supplement?

Forza Motorsport should only be released in the second half